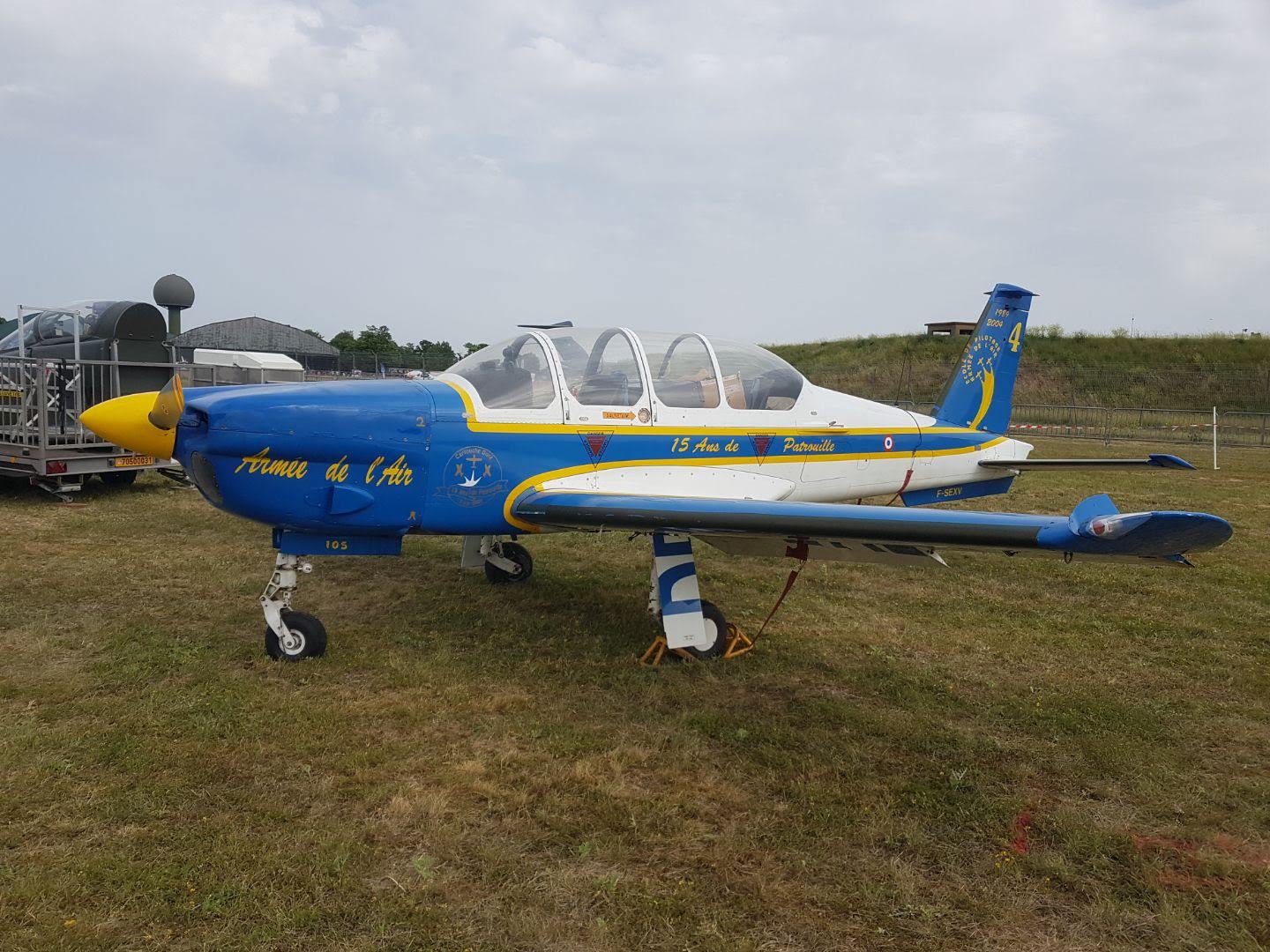 In 1976, the French air force wants to replace its Fouga Magister by a light propeller driven trainer aircraft. The two mains requirements are : a cost-efficient maintenance and a tandem two-seater configuration.

The aircraft manufacturer SOCATA, successor of Morane-Saulnier which made the MS.733, answers to the call for tender with the TB-30 Epsilon. Inspired by the TB10 Tobago (private plane built by SOCATA) and by the T-34 Mentor (Trainer aircraft used by the US Air Force). It is officialy choosen in February 1979 and two prototypes are ordered.

The TB-30 makes its first flight on December 22nd 1979. It reveals soon its yaw instability, and the plane shall be redesigned : its fin is enlarged as well as its wingspan and a ventral keel is added. After these modifications, the Air force orders a first set of 30 units, followed by many others. Finally 150 copies are ordered. The first deliveries occur in 1983 and the TB-30 enters into service on June 7th 1984. The last plane is delivered end of 1989.

The aircraft are allocated to the French Air Force Pilot School in Cognac-Châteaubernard air base. It is one of the main trainer aircraft of the French air force with the Alpha Jet..

Between 1989 and 2016, the TB-30 is an ambassador of the French Air Force, being the aircraft used by the aerobatic team ”Cartouche Doré”.

The TB-30 Epsilon is officially retired from service in the French air force in 2019 where it is replaced by Grob 120.

It is the serial number 105. It was used to train the future pilots of the French air force in Cognac

It was also used by the aerobatic team ”Cartouche Doré” which it still wear one of the livery.

We recovered the aircraft end of August 2022 in Cognac.

Photos of the recovery 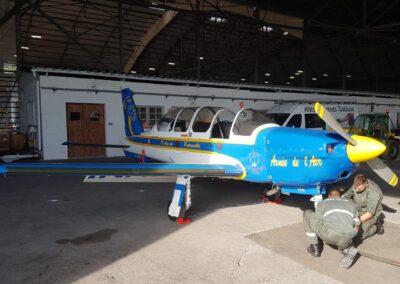 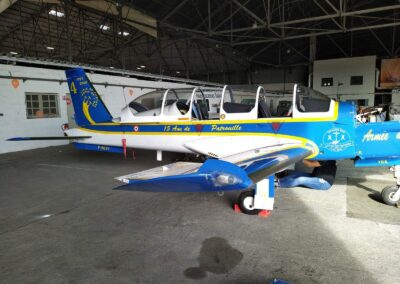 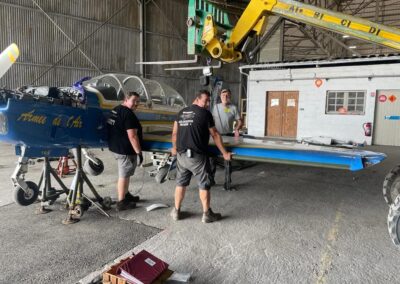 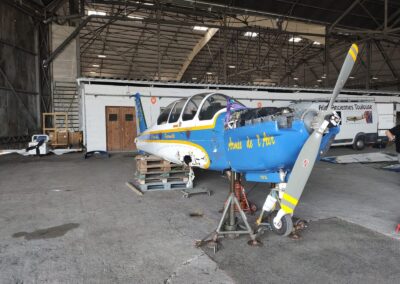 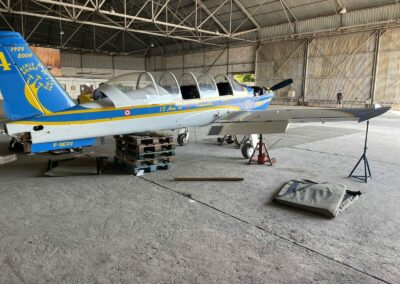 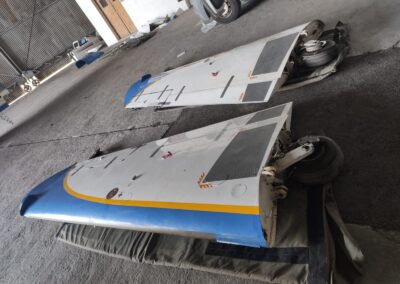 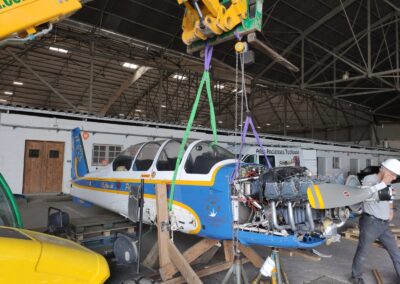 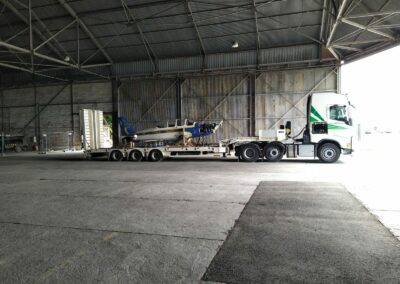 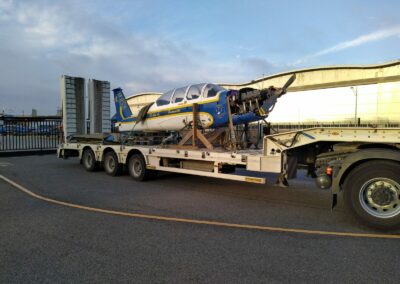 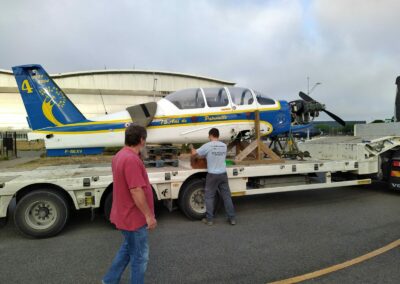 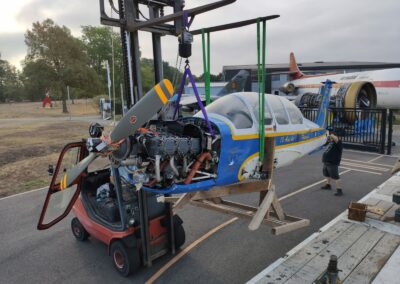 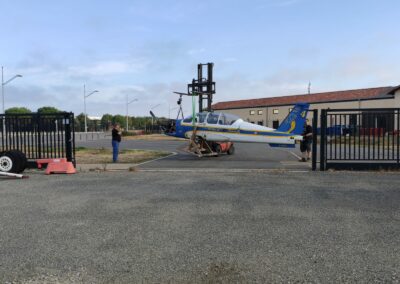 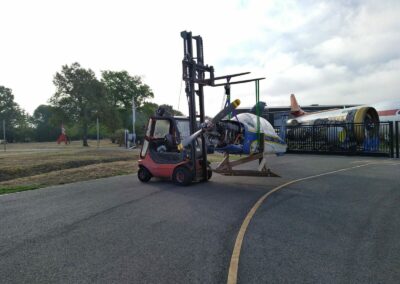 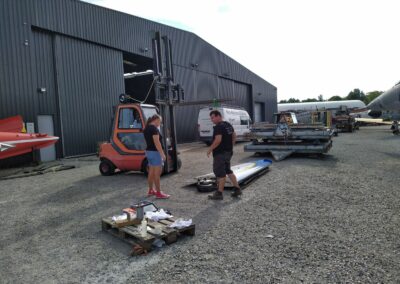 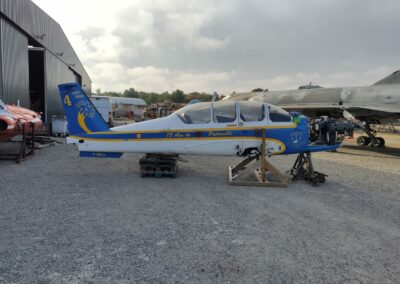 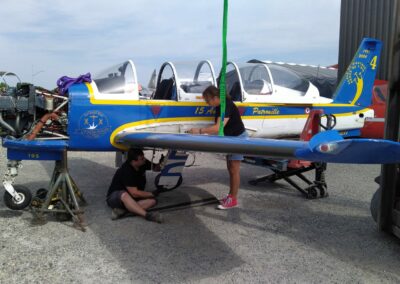 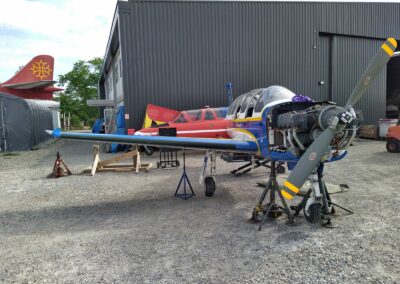 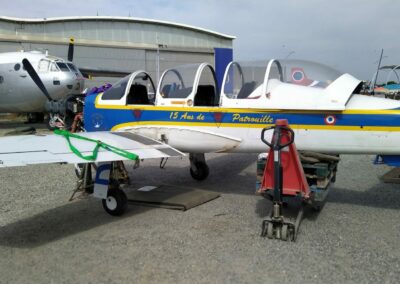