History In the late 1960s, the National Navy began studying the replacement of the Etendard IV and Crusader. The latter… 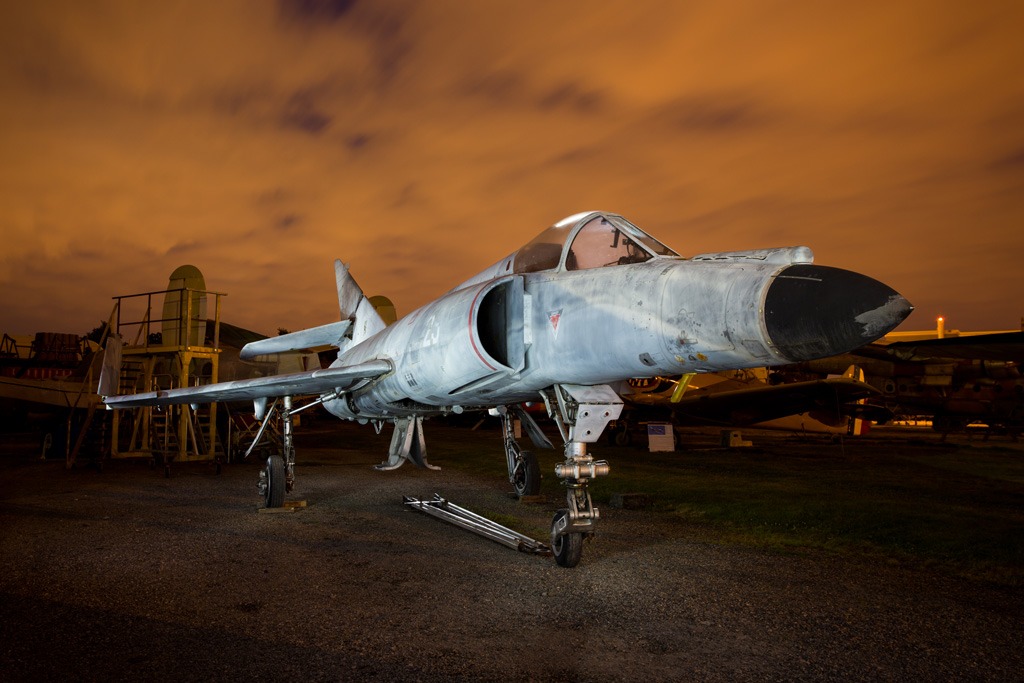 In the late 1960s, the National Navy began studying the replacement of the Etendard IV and Crusader. The latter tested the Jaguar M but judged that the aircraft was underpowered and required the fitting out of the aircraft carriers. It then considered the purchase or construction under licence of American aircraft, A-4M Skyhawk or A-7 Corsair II, but the desire to equip the naval aircraft with an all-French-built aircraft finally prevailed. On January 19, 1973, the choice was made to revive the production of the Etendard and to incorporate in it what was becoming more modern: thus was born the Super Étendard.

An order for 100 Super Étendard was placed on September 4, 1973. The first Super Étendard, No. 01, made its first flight on October 28, 1974. It was actually the modified IVM Standard 68. The first production aircraft, equipped with a Snecma Atar 8K50 engine, flew on 24 November 1977. It was the first French military operational aircraft equipped with an inertial navigation and attack system.

The manufacture of the Super Etendard was distributed on different sites and at different subcontractors: thus the Dassault factory of Biarritz manufactured the front fuselage, the cockpit and the vertical tail; the Colomiers plant took care of the rear fuselage and part of the fuselage between the cockpit and the central section; the Boulogne plant produced the half-wing; the Argenteuil plant, the central canopy; the horizontal tail was manufactured in Istres. The central section of the fuselage was produced by the Hurel-Dubois … All these components were then assembled at the Mérignac plant. All the Super Étendard were built between 1978 and 1981. In total 85 aircraft were produced, 14 of which were for Argentina.

The Super Etendard entered service in the National Navy in 1978, gradually replacing the Etendard IV M. The 11F flotilla was the first to be equipped with it. The 14F Flotillas followed in 1979, 17F in 1980 and later the 59S Support Squadron in 1991. He was nicknamed the «Swiss army knife», thanks to his ability to carry out very varied missions: assault at sea, fire support of ground troops, bombing, nuclear deterrence, refueling in flight, reconnaissance… Throughout their careers, the Navy’s Super Etendards received numerous improvements to fulfill their missions in an increasingly demanding operational environment. These improvements were grouped into standards. Starting with Standard 1 in 1987, the modified aircraft were called Super Etendard Modernisé (SEM). Standard 2 was implemented in 1992 and consisted of replacing the AGAVE radar with an ANEMONE radar. Then came Standard 3, in 1997, allowing the use of laser-guided weapons. The year 2000 saw the appearance of the Standard 4 which strengthened the capabilities of interference and self-protection and allowed the carriage of reconnaissance pods and finally the Standard 5 in 2006 increased the variety of armaments that could be delivered.

The Super Etendard were engaged in all the operations in which the Navy participated: Olifant in Lebanon in 1983 and 1984, notably the raid on Baalbek, on November 17, 1983, where 8 Super Etendard bombed a Hezbollah camp in retaliation for the Drakkar attack. They also participated in Prometheus operations during the Iran-Iraq war in 1988, Capselle in Lebanon in 1989, Balbuzard and Salamander in former Yugoslavia from 1993 to 1995, Trident in Kosovo in 1998-1999. With the arrival of Charles-de-Gaulle, the Super Etendard Modernisé were engaged in operations Heracles and Agapanthe in Afghanistan from 2001 to 2010 or Harmattan in Libya in 2011 and finally in Chammal in Syria and Iraq. The Super Etendard of the National Navy were gradually withdrawn from service, replaced by the Rafale M, in 2011 for the 11F and in 2016 for the 17F.

In July 1979, Argentina ordered 14 Super Etendards to equip its only aircraft carrier. When the Falklands War broke out in 1982 between Argentina and the United Kingdom, only 5 aircraft armed with Exocet anti-ship missiles had been delivered. During this conflict the Super Etendard demonstrated their efficiency by sinking two British ships: the destroyer HMS Sheffield and the cargo ship MV Atlantic Conveyor. The remaining aircraft were not delivered until the war was over. Argentina has never upgraded its Super-Banners since their delivery. They are still in service and 5 SEM removed from the National Navy were purchased in 2018.

The Super Etendard also served with the Iraqi Air Force, which requested the loan while waiting for the delivery of its Mirage F1 during the Iran-Iraq war. In May 1983, five aircraft were taken from the National Navy and shipped to Iraq. Only four returned to France in 1985, one of them having been shot on April 2, 1984 by an Iranian F-4E.

Our aircraft is the Super Etendard Modernisé n°25. It served in the 14F and 11F fleets. He participated in the Baalbek raid in Lebanon in 1983 in retaliation for the Drakkar attack. He finished his career at the Carrier Flight Deck School in Hyères where we picked him up in June 2018. 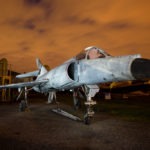 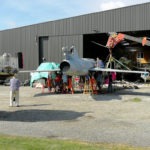 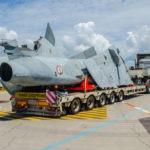 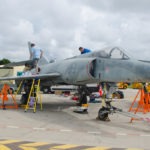 The video of the salvage of the device