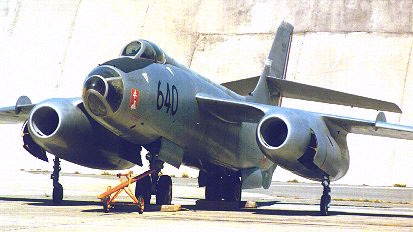 The Vautour was developed in the early 1950s to respond to a French Air Force requirement for a single-seat attack aircraft. As the first prototype made its maiden flight on the 16th of August 1952, further versions of the aircraft were developed: an all-weather fighter (the Vautour N) and a twinseat bomber (B). Finally, a total of 140 aircraft of all versions were produced by SNCASO at Saint-Nazaire and entered into service from 1957 onwards.

While the attack version (A) was quickly replaced by other types, the fighters and bombers remained in service until 1973 and 1978 respectively. In their later service years, many aircraft were used for other tasks such as crew training or radar tests, their roomy fuselage and good range making it an ideal test aircraft.

The aircraft was quite manoeuvrable for its size, but tricky to land: The tandem main landing gear under the fuselage, a noteworthy design feature, would bounce off the ground if the pilot touched down too fast, leading to a critical situation that often resulted in the destruction of the aircraft.

The displayed Vautour was fl own to Toulouse in 1981. It had last been used by the Centre d’Essais en Vol at Cazaux. This particular aircraft was used, after its active squadron service, as a measuring aircraft during nuclear tests in the Pacific. We repainted the aircraft in the 1990s. 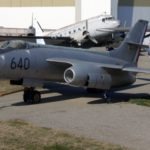 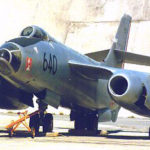 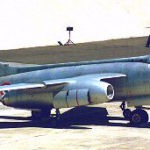