History In 1954, the decision to equip France with nuclear weapons led to the need to build a bomber to… 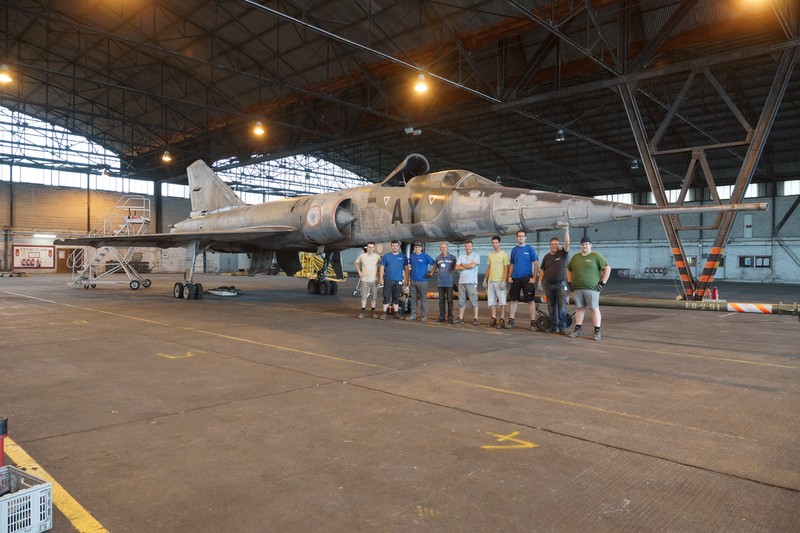 In 1954, the decision to equip France with nuclear weapons led to the need to build a bomber to transport it. Two years later, after the Suez crisis, the Official Services launched a 1,500 km range supersonic bomber program that could carry a 1 tonne load. Facing the SNCASO «Super-Vautour» project, Dassault presents a variant of its Mirage program, the Mirage IV. Originally, it was designed for an abandoned interceptor project. It was then adapted to meet the Light Bomber bid. An order for a prototype was placed in April 1957.

The Mirage IV-01 made its first flight on 17 June 1959, flown by Roland Glavany. During the tests, few modifications are required and it shows that it can fly at Mach 2.1 for more than 15 minutes.In September 1960, at the hands of René Bigand, he broke two world records in closed circuit speed: 1,972 km/h over 500 km and 1,822 km/h over 1,000 km/h. Officially approved in April 1960, the prototype is used to test the various equipment that will be installed on the production aircraft, until its destruction during an accident on February 13, 1963.

By January 1957, the tests had mainly shown the need to carry more fuel to reach the desired range. The Mirage IVA for the series is equipped with a larger wing, two more powerful ATAR 9K reactors and above all a refuelling boom. In May 1959, three pre-series were ordered. This was followed in 1962 by an order for 50 standard cameras, and in 1965 12 additional cameras capable of carrying a CT52 photo pod were added to the initial order.

The first production aircraft made its first flight on 7 December 1963. It entered service in 1964 and at the end of the year the first squadron is operational and then assures the nuclear alert. It was then the first European military aircraft capable of long-duration flights to more than Mach 2. Production lasted until March 1968. At the top of its deployment, 9 squadrons of bombardments and 1 training squadron were equipped with Mirage IVA.

The original mission of the Mirage IVA is to rapidly climb to high altitude and rush to Mach 2 towards its target, drop its bomb and return. In order to show that the French nuclear deterrence is operational, in 1966, Operation Tamouré is organized. Two Mirage IVs are being transported to Hao’s base in the Pacific to conduct the first drop of a refuelled atomic bomb. On July 19, 1966, Mirage IVA 9 dropped a bomb on Mururoa Atoll. But quickly with the development of ground/air missiles, the mission is considered too dangerous and is modified: The aircraft must then enter the enemy territory at low altitude, under radar coverage, take altitude just above the target drop an AN22 bomb equipped with parachute and then dive back and return to low altitude. For this mission, the aircraft are reinforced and camouflaged.

Awith the arrival of the ASMP cruise missiles, 19 aircraft are modified to Mirage IVP (P for Penetration) to carry it. The first prototype aircraft made its first flight on 12 October 1982.The modification of standard equipment began in May 1983 and lasted until 1987. It consists mainly of replacing the analogue cockpit instrumentation with digital instrumentation, installing a new navigation and bombardment system, replacing electronic countermeasures and radar, and of course modifying the bomb bay to be able to carry the ASMP. The ASMP-armed Mirage IVP was declared operational in May 1986.

With the entry into service of the Mirage 2000N from 1988, the Mirage IVP were gradually withdrawn from bombing missions to devote themselves exclusively to strategic reconnaissance missions. They then carried out missions in Chad, Bosnia, Yemen, and Afghanistan and in Irak in 2003. The operational withdrawal of the Mirage IVP took place in 2005.

Our Mirage IV is number 26, it has received the AY code. It was delivered to the Air Force on June 2, 1965 and entered service with the 1/93 Guyenne Bomber Squadron three months later. He then served in all bomber squadrons equipped with Mirage IV. At the end of March 1984, it entered into major maintenance and came out in early August 1985 after being converted into a Mirage IVP. He then served almost exclusively in EB 1/91 Gascogne on the base of Mont-de-Marsan but ended his career in EB 2/91 Brittany. He was retired on July 9, 1997, when he had 7,786 flight hours.

We went to dismantle it in July 2018 on the base of Châteaudun. 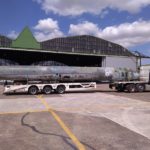 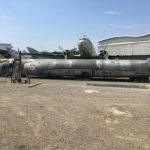 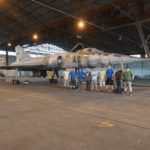 The video of the salvage