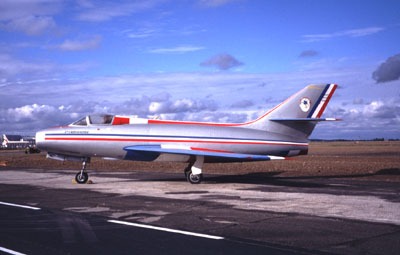 The Dassault Mystère IVA was developed at the same time as the Hawker Hunter and was used in the same role as its British counterpart.

The prototype made its maiden fl ight on the 28th of September 1952 and was followed by 411 serial aircraft. After serving in the air defence role for some years, the Mystère IVAs were modifi ed for ground attack duties from the early 1960s.

The aircraft had a very good reputation among pilots as it was easy to handle and allowed precise
flying. This made it an ideal aerobatics aircraft, so it was chosen to equip the Patrouille de France aerobatic team from 1957-1963. Other aircraft were used as air combat trainers and remained in service until 1982.

France exported the Mystère IVA to Israel and India where the type saw combat in several conflicts.

Our Mystère IVA, serial number 44, arrived in 1983 from Cazaux. However, it actually belongs to the US Air Force Museum (in an effort to support its
allies, the United States had fi nanced roughly half of the Mystère IVA production in the 1950s). It is displayed in a Patrouille de France paint scheme, representing the aircraft flown by Capitaine Larrayadieu.

The second Mystère IVA is the serial number 1, but this aircraft is currently dismantled and stored. 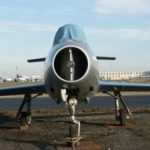 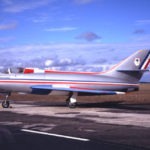 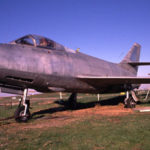 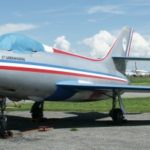 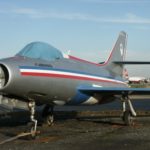