History The Flamant was developed as a light transport and multi-engine trainer directly after the Second World War. It made… 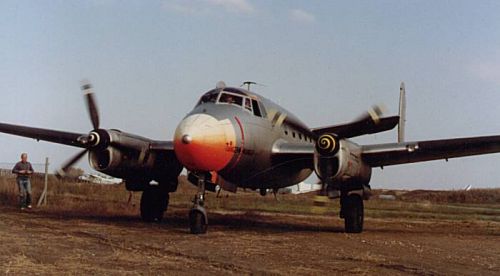 The Flamant was developed as a light transport and multi-engine trainer directly after the Second World War. It made its maiden fl ight on the 6th of July 1947. A total of 314 aircraft were produced until 1954.

The French government had asked Dassault to split production up between several sites: The fuselage was manufactured in Toulouse, the wings in Nantes and Rochefort, the centre wing box in Bourges and the fi n and horizontal tail plane in Tarbes, with final assembly taking place in Mérignac.

Besides the pilot trainer MD-312, a navigation trainer (MD-311, distinguishable by its glazed nose) and a light transport designated MD-315 were delivered. The transport aircraft mainly saw service in France’s overseas colonies where some aircraft were equipped with light arms for ground attack, and assisted in the combat testing of guided air-to-ground missiles.

Many MD-312s were based at Toulouse-Francazal air base until their retirement in 1981. During its service life, the Flamant proved to be so robust that Dassault never managed to sell a replacement aircraft to the French Air Force).

Our Flamant arrived in 1983 in airworthy condition from Avord Air Base. We started the restoration a few years ago. Until now, the engines and the cabin have been restored, with work ongoing on the rear fuselage. 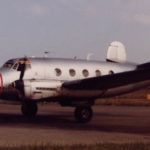 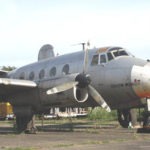 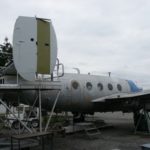 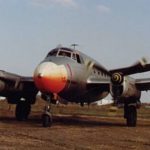