History The Hawker Hunter is a jet fighter of the second generation, incorporating many of the lessons learned with the… 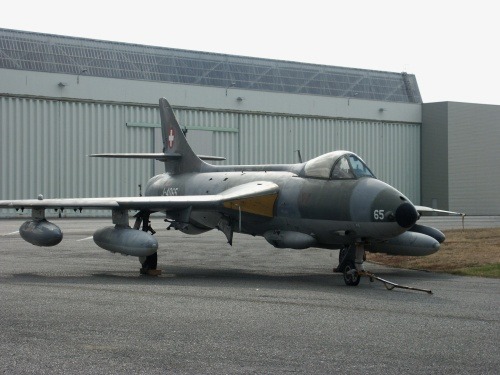 The Hawker Hunter is a jet fighter of the second generation, incorporating many of the lessons learned with the first types, such as swept wings. It first flew on the 20th of July 1951 and entered service with the Royal Air Force in 1955.

Pilots liked the Hunter due to its excellentmanoeuvrability especially at low altitude, but alsocomplained about the limited range. Nevertheless,the Hunter proved a very versatile aircraft, withnumerous sub-versions being developed, includingtrainers, ground attack and electronic warfareaircraft. It served in 21 air forces, the last militaryHunters being retired only in 1993. However aCanadian company is still using the Hunter inCanada and Europe as a target “aggressor”.

A famous exploit was a 22 aircraft loop by the“Black Arrows” at the Farnborough Air Show.

With nearly 2000 aircraft produced, it was oneof the most successful British aircraft of the postwarera, and is also considered as one of the mostbeautiful aircraft ever built: in a 2003 survey byBritish magazine “Aeroplane Monthly”, it wasvoted among the top-10 most beautiful aircraft.The Hunter is also a popular “warbird”, withseveral still kept in airworthy condition by private collectors. 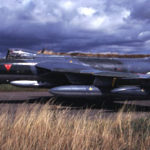 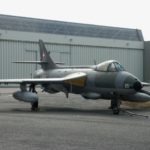 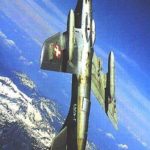