History At the end of the 1940s, Sikorsky started work on a helicopter project. The aircraft should be able to… 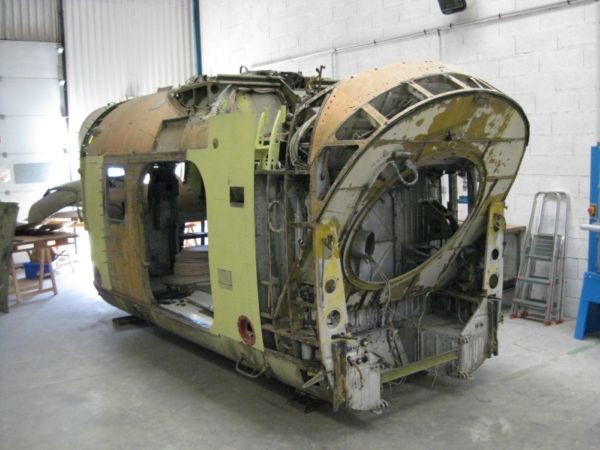 At the end of the 1940s, Sikorsky started work on a helicopter project. The aircraft should be able to transport ten passengers and was equipped with a radial engine installed in the nose, coupled to a driveshaft that passed through the cockpit between the two pilots. The cabin was located directly below the main rotor while the tail rotor was fixed to a long tailboom.

The result of these studies, the S-55 (or H-19 as it was designated by the military), made its maiden fl ight on the 10th of novembre 1949. Several versions with different engines were developed, the available power increasing from 520hp to 800hp. The type was a big success for Sikorsky which built 1.267 aircraft for all four US military services and exported the type to nearly 40 countries, including France. Some S-55s were used for route-proving fl ights for a civil helicopter passenger service.

In Additin, the type was licence-built by Westland (495), Mitsubishi (71) and Sud Aviation (135). While Mitsubishi and Sud Aviation simply copied the S-55 built by Sikorsky, Westland developed several new versions, designated «Whirlwind» and equipped with various American and British engines, as well as with turbines.

The first S-55s acquired by France entered service as transport helicopters in Indochina in 1953. Army, Navy and Air Force took delivery of 12 aircraft built by Sikorsky, 42 by Westland and 135 by Sud Aviation. They served with distinction in Indochina and North Africa before being replaced by the more modern H-34 and H-21 «Flying Banana». The last French S-55s were retired in 1971 by the Army Aviation where they had served as training aircraft.

In the 1970sLike many other first-generation helicopters, the S-55 was prone to vibration and underpowered. Its load capacity decreased signifi cantly at high temperature and high altitude. The short comings of helicopters were only solved with the introduction of turbines., some S-55 were equipped with turbines.

We received our fi st H-19 from the French Army Aviation Museum in Dax in 1989. It is currently on loan to the training company «Aéroconsult» in Toulouse where it is used to train aircraft mechanics and fitters. Thus, its preservation and restoration are ensured.

The second helicopter, currently on display at Blagnac, joined our collection in 2012. We recovered it by road from the Army Aviation base at Valence where it had been displayed after a fi rst restoration since 1997. It will be restored by our team in the next few years. 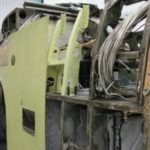 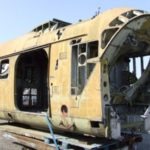 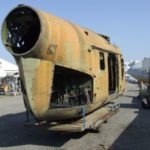 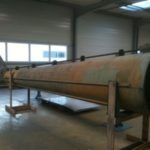 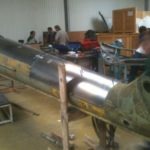 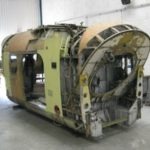