History Based on its successful “Mystère 20” small jet transport, Dassault decided to develop a smaller version of this aircraft… 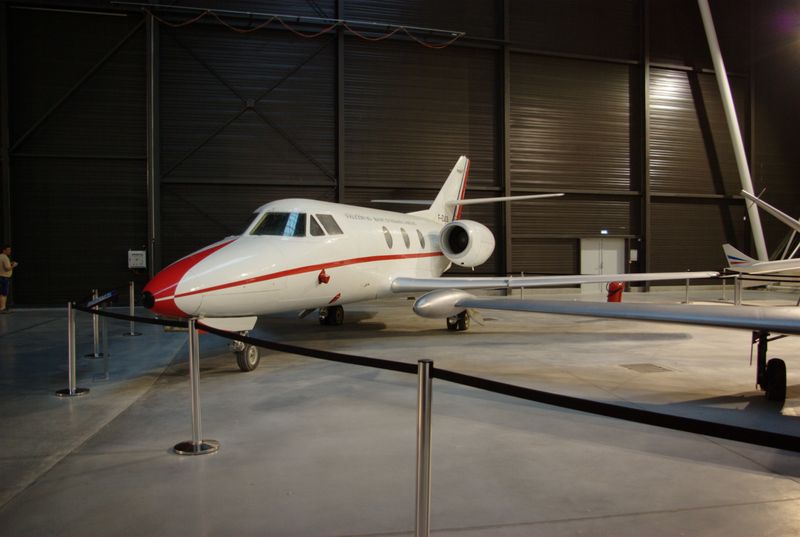 Based on its successful “Mystère 20” small jet transport, Dassault decided to develop a smaller version of this aircraft that finally became a completely redesigned type and made its maiden flight on the 1st of December 1970. In the meantime, the name was changed from “Mystère 20/10” to “Falcon 20/10” in order to improve sales on the world’s largest business aviation market, the United States.

The aircraft showed excellent performance, e.g. claiming the speed record for a 2000km distance in this aircraft class, with an average speed of 917 km/h. It became a commercial success, with 226 aircraft produced until the end of the production in 1990. However, the Falcon 10 is still very popular as a second-hand business jet.

Several aircraft were acquired by the French armed services and used for VIP transport.

Our aircraft is the second prototype of the Falcon 10 and fi rst fl ew on the 16th of October 1971. After the test fl ying for the certifi cation of the Falcon 10 was completed in 1973, this aircraft was used as a fl ying test bed for a new jet engine, the Larzac, which was to be used on the Alpha Jet trainer. When you stand right in front of the aircraft, you can clearly see the difference in size between the two engines!

These tests completed, the aircraft was given to the technical university “SUPAERO” in Toulouse where it served as a ground instructional airframe. We recovered it in 2000 and completely restored it since then. 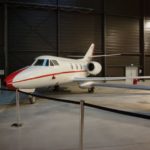 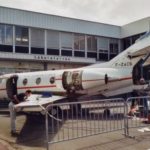 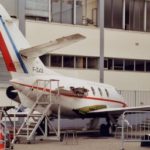 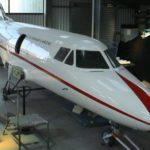 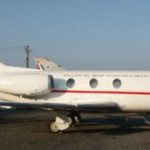 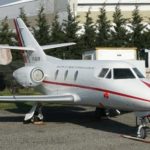 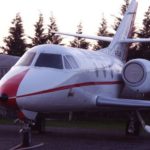 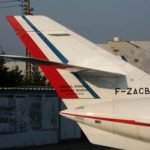 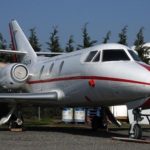