History Derived from Wassmer WA-21 “Javelot” II, the “Bijave” (for Biplace-Javelot) is a mid-wing glider. The fuselage is made of welded… 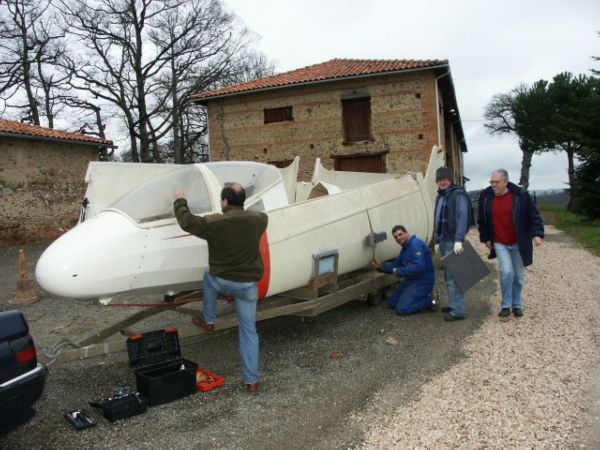 Derived from Wassmer WA-21 “Javelot” II, the “Bijave” (for Biplace-Javelot) is a mid-wing glider. The fuselage is made of welded and tapered steel tubes, the wing is made of tapered wood and the drift is made of wood on a metallic structure. Bijave has homogeneous controls without side effects, ideal for use in schools. Thanks to particularly efficient speed brakes, this glider allows for steep approaches and short landings.

This glider was designed following a competition launched by the SFATAT (Service de la Formation Aéronautique du Travail Aérien et des Transports) to replace the old two-seater training post-war. The competition was won by Wassmer Aviation on December 17, 1958, the date of the first flight of the «Bijave».

The «Bijave» was then an immediate success with the sailing schools and was manufactured in series of nearly 280 copies.

In 1961, the Trouillard-Suchet women’s crew won altitude records and altitude gains with it.

At the end of the decade, the glider experienced many tragedies that led the SGAC (Secretary General of Civil Aviation) to prohibit it from flying for nearly two years to the detriment of the gliding schools heavily equipped with this model. The air force also ceased to use it following the results of expert reports from the CEAT (Toulouse Aeronautical Test Centre).

Wassmer was unable to come up with a solution to the lower flange of the spar, and the “Bijave” could only resume flight after improvements by A. Mudry of CAARP/AMC that reinforced the central plan with composite fibres.

As a result of these changes, the «Bijave» were again used for the learning of the gliding students and regained the reputation of a reliable glider before the «Bijave Affair».

This case, which provoked controversy for two years, contributed strongly to the bankruptcy of Wassmer, whose activity was taken up in 1978 by Issoire-Aviation.

Our copy was given to us by a private individual in March 2007 with the Wassmer Squale. They were stored in a barn in the Toulouse region. 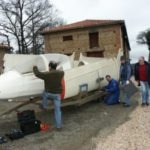 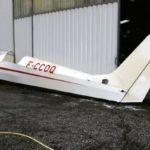