History The Vector 600 is a multi-axis ultra light aircraft built in the 1980s. Intended for amateur construction, it consists… 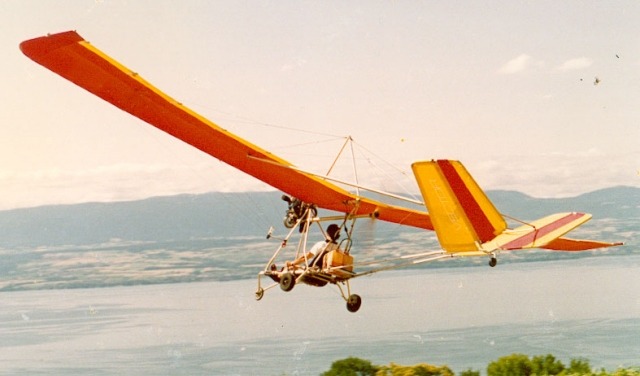 The Vector 600 is a multi-axis ultra light aircraft built in the 1980s. Intended for amateur construction, it consists of an aluminium tubular frame and surmounted by a dacron-lined wing held by guy wires.

The Vector is equipped with a high wing, a V-tail and a propeller. It is a three-axis aircraft but does not have pedals: the steering is done only on the control column.

Its light structure allows it to fold and it is thus possible to transport it on a car gallery. The French importer had even nicknamed it “the windsurfing of the air”.

The Vector is capable of short take-offs and landings, with a run of only 35 m at takeoff and 60 m for landing.

The 610 version differs from the 600 version by its improved wing allowing better performance at low speed, by a reinforced structure and by a suspension landing gear by sandow.

Our Vector 610 was recovered near Orléans in August 2008 from a private owner. The aircraft was cleaned, repainted and reassembled in the process.

This aircraft had been purchased by a group of co-owners combined in associative form and was one of the very first ultra light aircrafts registered in the North region, where it began its flights. He participated in a criterium in the centre of Lille in 1983, where he had been tried (on the ground!) by Pierre Mauroy, the Prime Minister of …

Our Vector 600, meanwhile, was recovered in Corrèze in 2009 from one of the former owners of the Vector 610, who had to move, had subsequently bought his own Vector. 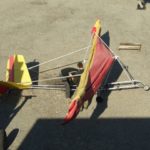 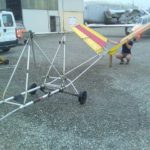 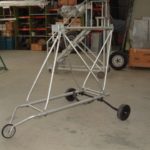 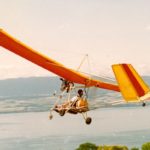 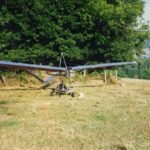 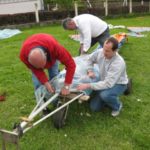 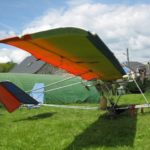