History The Spirit of Cavaroc is an ULM with an original design designed by Mr. Raymond Cavaroc in Figeac in… 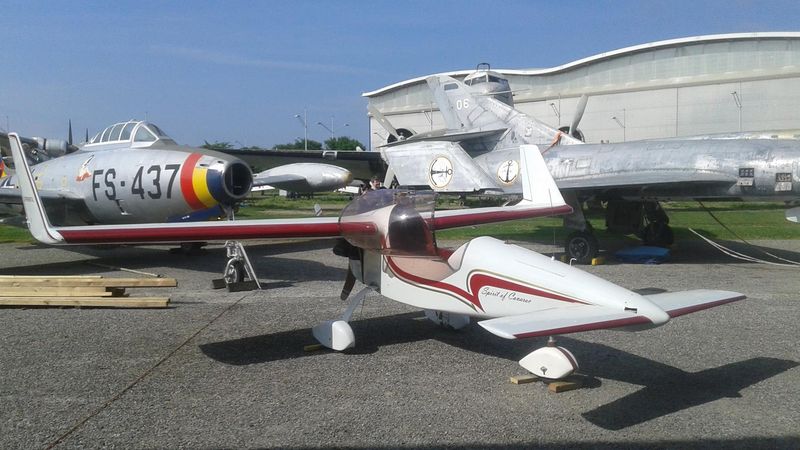 The Spirit of Cavaroc is an ULM with an original design designed by Mr. Raymond Cavaroc in Figeac in 1985. The aircraft is in the form of a monoplane with a tricycle, propeller and duck plane.The fuselage is made of wood and composite, the wing is partially tapered and receives winglets at the end. It is powered by a 1600 cc Volkswagen engine driving a three-bladed, laminated wood propeller. Its very moderate weight, 250 kilos, allowed to classify it in the category of ulm with the registration 12 EG replacing that initially obtained F-PYND. The name “Minishinden” refers to the Japanese fighter prototype Kyushu J7W “Shinden” (Eclair Magnifique) of the same configuration, whose first flight dates back to August 1945.

The flight tests were surely difficult because after some flights the damaged plane was somewhat abandoned.

In 2006, Mr. Lisiewicz purchased the aircraft to repair and improve it. He did indeed renovate and improve it but was only able to do roll tests, which took time and, perhaps in view of the magnitude of the work required for the development and put it back in flight he renounced it. 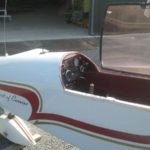 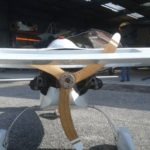 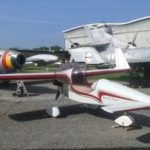 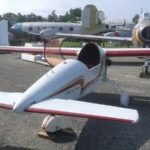 To show this singular and creative achievement, rather than keep it in a hangar of the aero-club of Villefranche-de-Roergue where he had sheltered it, Monsieur Lisiewicz decided to donate it to the Ailes Anciennes Toulouse whose activity he knew.

We recovered the aircraft in early May 2016. It was reassembled and installed in Aeroscopia in late June 2016.