History At the end of the 1980s, Philippe Prévot created the SkyRanger in his garage in Montauban, with the idea… 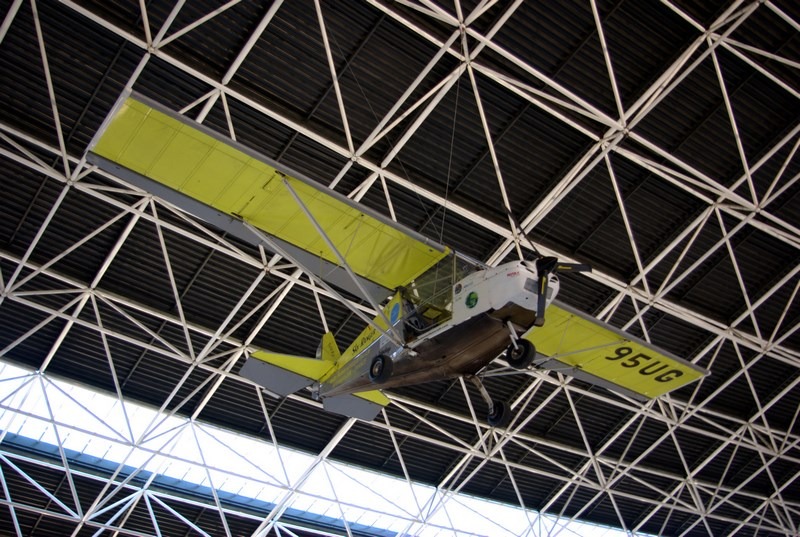 At the end of the 1980s, Philippe Prévot created the SkyRanger in his garage in Montauban, with the idea of creating an ULM resembling a recreational aircraft, but keeping a simple technology based on straight aluminum tubes,assembled by bolts, without welding or riveting to allow everyone to be able to mount, maintain and repair it without any special technical knowledge. The Best Off SkyRanger is a side-by-side 3-axis ultra light aircraft. As an option, it can be equipped with a reserve parachute to bring the aircraft safely to the ground in case of failure.

ENSICA and SUP’AERO are involved in its design. It makes its first flight in 1990. The Skyranger was approved in France in 1993, then in Germany and Spain. It then became the official apparatus of the French Federation of ULM. He won several world champion titles, accumulating victories until 2006.

The aircraft is manufactured and sold in licensed kits in France, the United States, Brazil and Ukraine.

More than 1300 SkyRanger were produced.

Our SkyRanger is number 208. It was delivered in February 1999 and assembled in Antsirabé (Madagascar) in less than 3 weeks, by Thierry Barbier, teacher at the French high school of this city. Its original registration was TA-E (TA: Tananarive, E: the 5th ultra light aircraft in Madagascar). He travelled through Madagascar from February 1999 to September 2000 to take the SkyRanger in hand.

Then from October 2000 until July 2001, this aircraft carried out the Madagascar/France raid with Thierry Barbier in command to make a report. He flew over 18 African countries in 209 days. The route painted on its fuselage and its tail reminds this epic journey. Then every year, a new raid took place with the objective of having flown over all continents, a maximum of countries and thus having made a round the world.

After a Paris-Dakar raid by Saint-Louis to redo the Aéropostale line, he was arrested in 2009 and exhibited at the Musée de l’Air et de l’Espace du Bourget for a few years before joining Montauban.

Given to the Ailes Anciennes in November 2014, the aircraft was immediately put at the disposal of Aeroscopia in Blagnac, where it is hoisted in the heights of the great hall, above the Concorde. He represents the ULM modestly in its original spirit: the freedom of flight and piloting accessible to all. 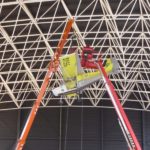 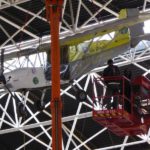 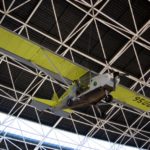 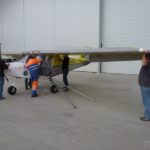 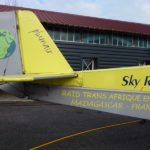 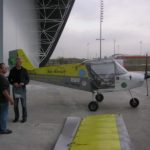 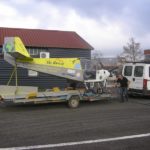