The prototype of the Alouette II first took to the skies on the 12th of March 1955. A simple, cheap to produce and robust aircraft, it had exceptional performances and rapidly took over several world records for range and especially altitude of helicopters: it reached a record altitude of 8.209m only two month after its maiden flight! This was made possible by the use of a then new gas turbine engine that allowed high performance at a low engine weight.

In 1961, a new version with the more powerfull Astazou II-turbine (390 kW) was introduced, improving the speed and payload of the helicopter. A navalised version, used by the French Navy from 1955 to 1997, was developed by replacing the skids with wheels (and, in some cases, fl oats; these, however, proved impractical).

At least one navalised Alouette II is still kept in airworthy condition by a French collector.

Our Alouette II is the fifth production aircraft (serial number 3130-05). It is an Alouette Marine, the navalised version of the Alouette conceived to operate from the small flight decks of navy ships. Its skids have been replaced by a wheel undercarriage, for easier handling on the ships.

The helicopter arrived by road at our collection from a location in the Dordogne region in May 2005. It has been restored by our helicopter team. 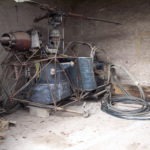 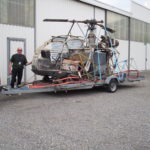 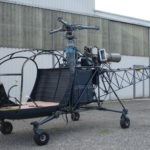 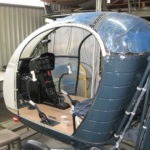 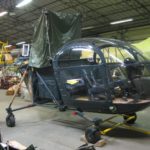 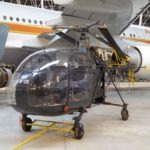