Histoire The Caravelle is the result of a 1951 specifi cation by the French Government, calling for a medium transport… 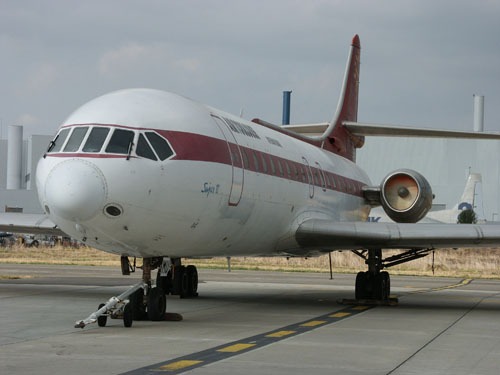 The Caravelle is the result of a 1951 specifi cation by the French Government, calling for a medium transport aircraft capable of carrying 55 to 65 passengers  over a distance of 2000km at 600km/h. Sud Aviation won the contract, and the first Caravelle made its maiden fl ight on the 27th of May 1955, powered by Rolls Royce Avon engines. Air France and SAS became the launch customers, the aircraft entering service in 1959. Thanks to several sales tours and displays at air shows, more customers signed up for the aircraft, and an improved version offering a higher Maximum Take-off Weight was introduced.

Our Caravelle, serial number 249, has an interesting history. Originally delivered to Danish charter airline Sterling, it became the personal aircraft of
Emperor Bokassa of the Central African Republic in 1975. Five years later, it returned to Europe and was operated by Europe Air Service in France, until sold to Air Toulouse in 1992. It clocked a total flying time of 41,038hrs and 23,000 take-offs and landings. 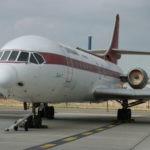 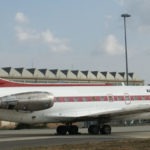 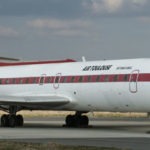 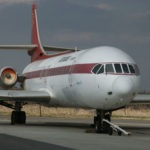