History In late 1948, when Piper Aircraft acquired the Stinson Aircraft Company, its engineers worked on a twin-engine project, the… 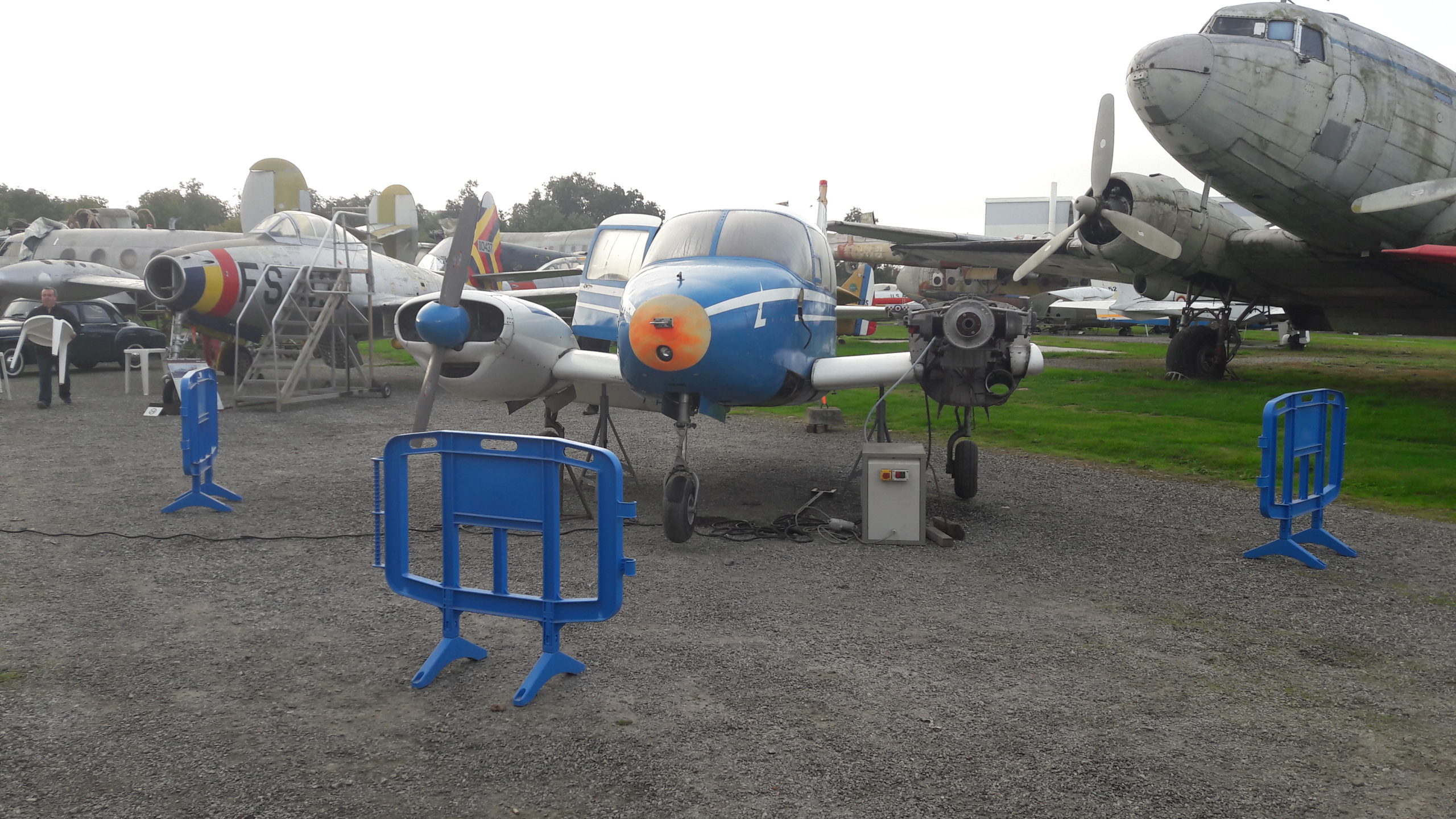 In late 1948, when Piper Aircraft acquired the Stinson Aircraft Company, its engineers worked on a twin-engine project, the “Twin Stinson”. The project is taken over by Piper who sees the opportunity to realize his first twin-engine. The four-square fuselage of the prototype is made of welded steel tubes covered with canvas; it receives all-metal wings, a bi-drift tail and a fixed landing gear. Equipped with 4-cylinder Lycoming engines of 125 hp each, The first flight was on 02 March 1952. Tests revealed that the aircraft had poor flight characteristics and was underpowered.

The next two prototypes are then modified. They are fitted with a single-drift tail, aluminium coating, retractable landing gear and 150 hp engines. The modified Apache PA-23-150 was released in 1954. The aircraft being the cheapest twin-engine on the market, it meets a certain success. In 1958, a version with 160 hp engines appeared, the PA-23-160 Apache E and a slightly extended Apache H version.

At the same time, Piper is developing a 5-seater version with 250 hp 6-cylinder engines. The aircraft is designated PA-23-250 or PA-27 Aztec. It makes its first flight in 1958. Despite the crash of the prototype, the first aircraft left the line at the end of 1959. In 1961, the capacity of the Aztec was increased to 6 seats from version B.

After the release of the Aztec, a last version of the Apache appeared in 1962, the PA-23-235. It was produced until 1965, when Piper devoted himself to producing the Aztec. Various versions of the Aztec are then released but only benefit from minor modifications. In 1974, a pressurized fuselage version called PA-41P was built, but the idea was not accepted. The Aztec was produced until 1981. In all, 6,977 aircraft came out of the factory, 2,047 Apache and 4,930 Aztec.

L’US Navy used from 1960, 20 Aztec as a utility aircraft, first under the designation UO-1 then U-11A. This aircraft was characterized by a different radio and the presence of an oxygen supply and a propeller de-icing system. Several other countries, including Argentina, Bolivia, Cameroon, Colombia, Costa Rica, Spain, Honduras, Madagascar, Mexico, Paraguay, El Salvador and Venezuela, have used Aztec in their air forces.

Our aircraft is a Piper PA-23-150 Apache. We went to recover it in April 2017 at ENAC, where it served as an educational support where the different cuts of the wings, the fuselage and the engine. 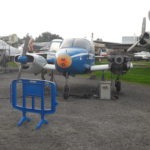