History The Nord 3400 was designed at the request of the army, which was then looking for a medical observation… 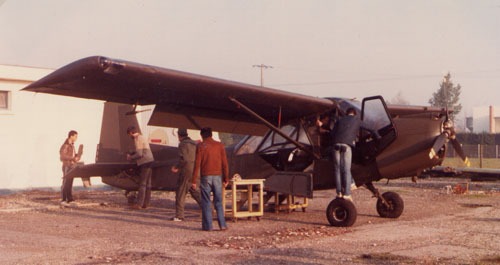 The Nord 3400 was designed at the request of the army, which was then looking for a medical observation and evacuation device. The prototype made its first flight on 20 January 1958. It was followed by a second slightly different model and 150 series models.

The Nord 3400 reflected the teachings of World War II and Indochina. It was a machine able to land and take off short and live on the ground. The wings were foldable for camouflage or road travel.

LThe structure was simple and easily repairable: the one on the wing was metallic with an interlacing. The fuselage, on the other hand, was made of welded steel tubes, covered with removable sheet metal at the front and canvas at the rear. It was largely glazed to provide good visibility to the rear-seat observer whose seat could rotate 360 degrees.

André Turcat, then a pilot at Nord Aviation, was involved in the development of this aircraft and reported that it was possible to fly in skids (crab) to show the observer what was happening in front.

In ALAT, the North 3400 was quickly replaced by the helicopter, even better able to land at the corner of a wood or to fly slowly to see better.

Some planes were handed over to the Gendarmerie to observe… the cars, and there too, the helicopter arrived. Some aircraft still fly in the hands of private individuals as collector aircraft. 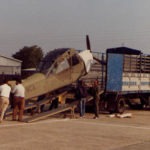 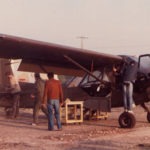