History During the Second World War, French aircraft manufacturers were forced to produce aircraft for the occupant. Nord Aviation had…

During the Second World War, French aircraft manufacturers were forced to produce aircraft for the occupant. Nord Aviation had to build the Messerschmitt 108 with a conventional landing gear and lead the development of the Me 208 with a retractable retractable landing gear.

Two copies of the Me 208 were built and one of them made some flights, equipped with a temporary fixed landing gear before being destroyed during the bombing of the Méaultes factories.

Upon release, the second prototype was equipped with a Renault 6Q10 engine. The first supplies for the series were already manufactured and the aircraft was therefore built, with a pre-series of seven units. The first production aircraft, number 8, was presented at the first post-war airshow in 1946, under the dome of the Grand Palais in Paris. At that time he received the name of Noralpha painted on his hood. Nord Aviation will use it intensely as a demonstration aircraft and for its advertising campaign

Two hundred units of the Nord 1100 were produced, the Air Force and the Naval Air Force reserving a large part by naming it Ramier. Both armies used it until 1963. Subsequently, some were assigned to the Service de la Formation Aéronautique. In the civil sector, they were at the origin of the creation of several companies of aircraft-taxi and constituted a valuable tool because of their retractable gear and their propeller with electric variable pitch.

These same characteristics, which were not common in civilian circles at the time, made them invaluable in flying clubs where many were then paid because they allowed training for the specific qualification.

Some units were equipped with the 6Q11 engine running in the opposite direction of the 6Q10, thus taking the designation North 1102 while the first version became the North 1101. Another model will fly for many years with an Astazou turbine and the appellation Nord 1110.

In 2015, some still fly, classified as collection airacraft. The aircraft is very sensitive and fast but its light controls require very precise handling and constant attention.

Our Nord 1100 came in 1986 from the CEAT of Toulouse. It was painted at the time in the colours of the Naval Air Force, then for lack of shed to shelter it, it was placed with the rest of the collection outside. 20 years later it had to be restored again. Completed at the end of 2014, the aircraft now features the livery of aircraft No. 8 presented in 1946 at the Salon at the Grand Palais.

It is now presented in the Aeroscopia Museum. 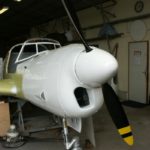 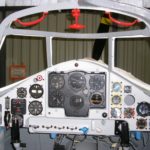 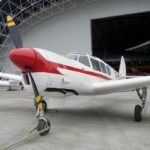 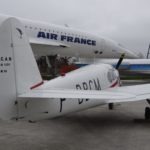 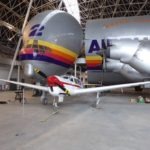 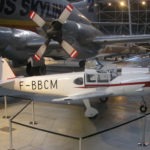 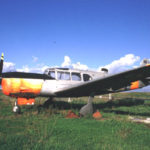 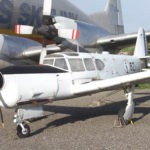 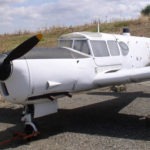 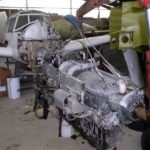 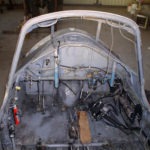 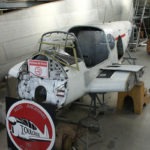 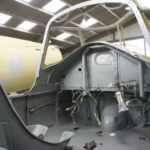 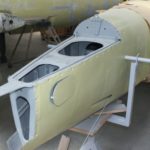 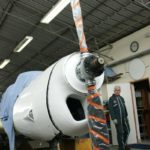