History In 1958, in response to a French government specification to provide a tourist and training aircraft for civil aviation… 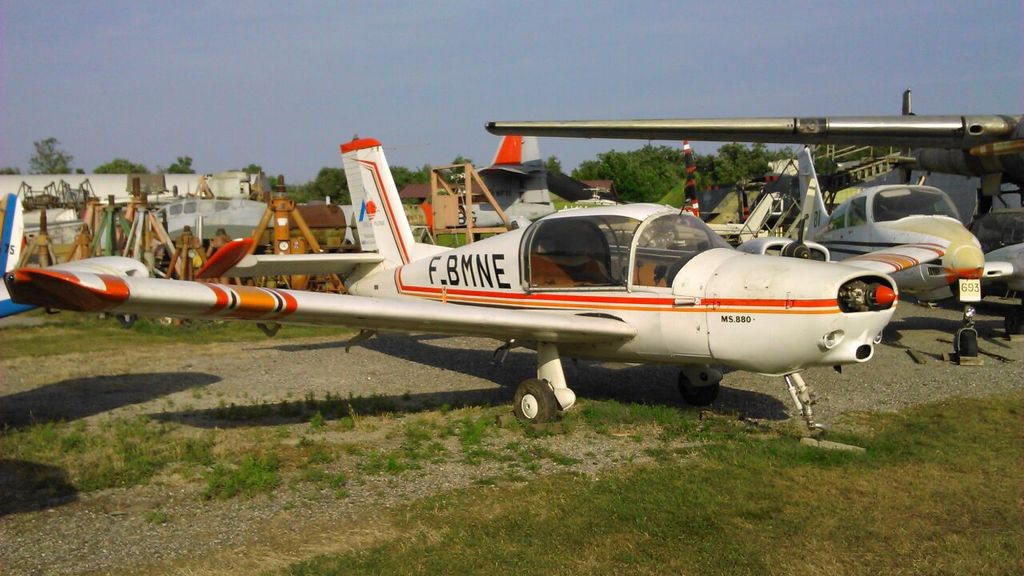 The Rallye quickly became a success among individuals and flying clubs, to the point that a few years later it was the most widespread tourist apparatus in France.He was competing with the Cessna 172, the Gardan Horizon. Several versions were developed with engines ranging from 100 to 235 hp and passenger compartments that could accommodate 2, 3 or 4 people. In 1965 Morane-Saulnier was bought by Sud Aviation and became Socata. It continued to produce the Rallye under different names until 1985, when it was replaced in production by the Socata TB range. More than 3,200 copies were produced and exported to 65 countries.

A two-seater military version called Warrior was created, it was intended for the fight antiguérilla and close support. It could carry nearly 500 kg of various loads under canopy such as rockets, bombs, machine gun pods or cameras. This version has been used by many countries: Seychelles, Morocco, Dominican Republic, Central African Republic, Senegal, Djibouti, Libya, Rwanda and El Salvador. They are still in service in some of these countries.

In the civilian version, the Rallye was also used by many armies for piloting training, as a liaison device or to tow gliders. It was commissioned by the French Naval Aeronautics Department to produce some 30 copies for training in 1974, to replace the MS.733. They served and still serve in Servitude 50S and 51S squadrons. Other countries ordered the Rally for their army including Poland in 1967 which had various variants produced under license by PZL under the name of Koliber until 1988.

Our Morane-Saulnier Rallye is No. 410 produced by the Société d’Exploitation des Établissements Morane-Saulnier in September 1965 in the form of an MS 881 equipped with a Potez 4E20 engine. Ilowned by different owners before moving to Toulouse in 1973. In 1987, it was converted into an MS.880B equipped with a Continental O-200A engine. On 13 October 2007, it suffered an engine failure. The aircraft was then stopped.

We recovered it on 12 June 2015 at the Toulouse-Lasbordes aerodrome where it had been stored since its accident. It was then reassembled and is now displayed in Aeroscopia 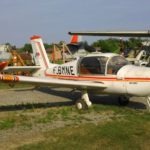 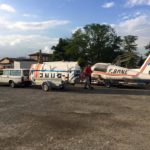 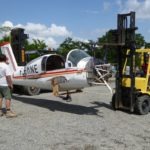 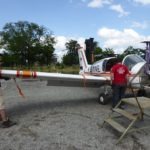 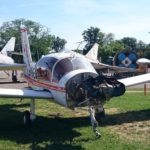