History The Dassault Mirage IIIE is the all-weather ground attack version of the famous Mirage III aircraft series. Compared to… 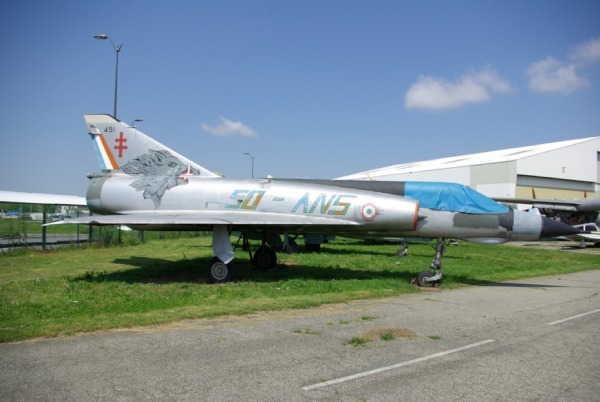 The Dassault Mirage IIIE is the all-weather ground attack version of the famous Mirage III aircraft series. Compared to the prior Mirage version (Mirage IIIC, of which you can see two examples alongside for comparison), the aircraft has a fuselage lengthened by about 30cm. This improved the internal tank capacity, and enabled the installation of improved avionics ensuring its all-weather ground attack capability. Its nose is fitted with two radar, one Cyrano II for air-to-air mode and one NRAC-4A for air-to-ground capabilities. The aircraft is armed with two 30mm cannon and can carry a variety of ordnance, including tactical nuclear bombs.

The first fl ight of this type took place on the 5th of April 1961 and was followed by two other prototypes. Then the French air force order 225 aircraft of which 40 were sold to other armies. The Mirage III E was introduce in the French air force in 1964. Between 1973 and 1991 was used as a taclical nuclear bomber before to be replaced by Mirage 2000 N. The last French Mirage IIIE was withdrawn from use in 1995.

From the Mirage III E many variantes were issued: The Mirage III R for photographic reconnaissance, Mirage V and 50 for ground attack but whitout allweather capacities.

The Mirage III E where also produced under license in Australia (III O) and in Switzerland (III S). Other variantes where produced in Israel (Nesher andt Kfir) or in South Africa (Cheetah).

Our aircraft has the serial number 491. It is currently displayed in the colours it received for the 50th anniversary of the creation of the Escadron de
Chasse 3/3 Ardennes (Fighter Squadron 3/3 Ardennes). It had been retired on the 7th of June 1994 and joined our collection in 2005. It arrived by road from a location in Central France. 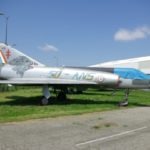 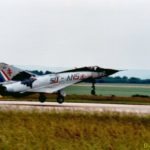 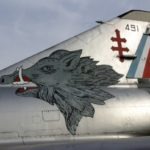