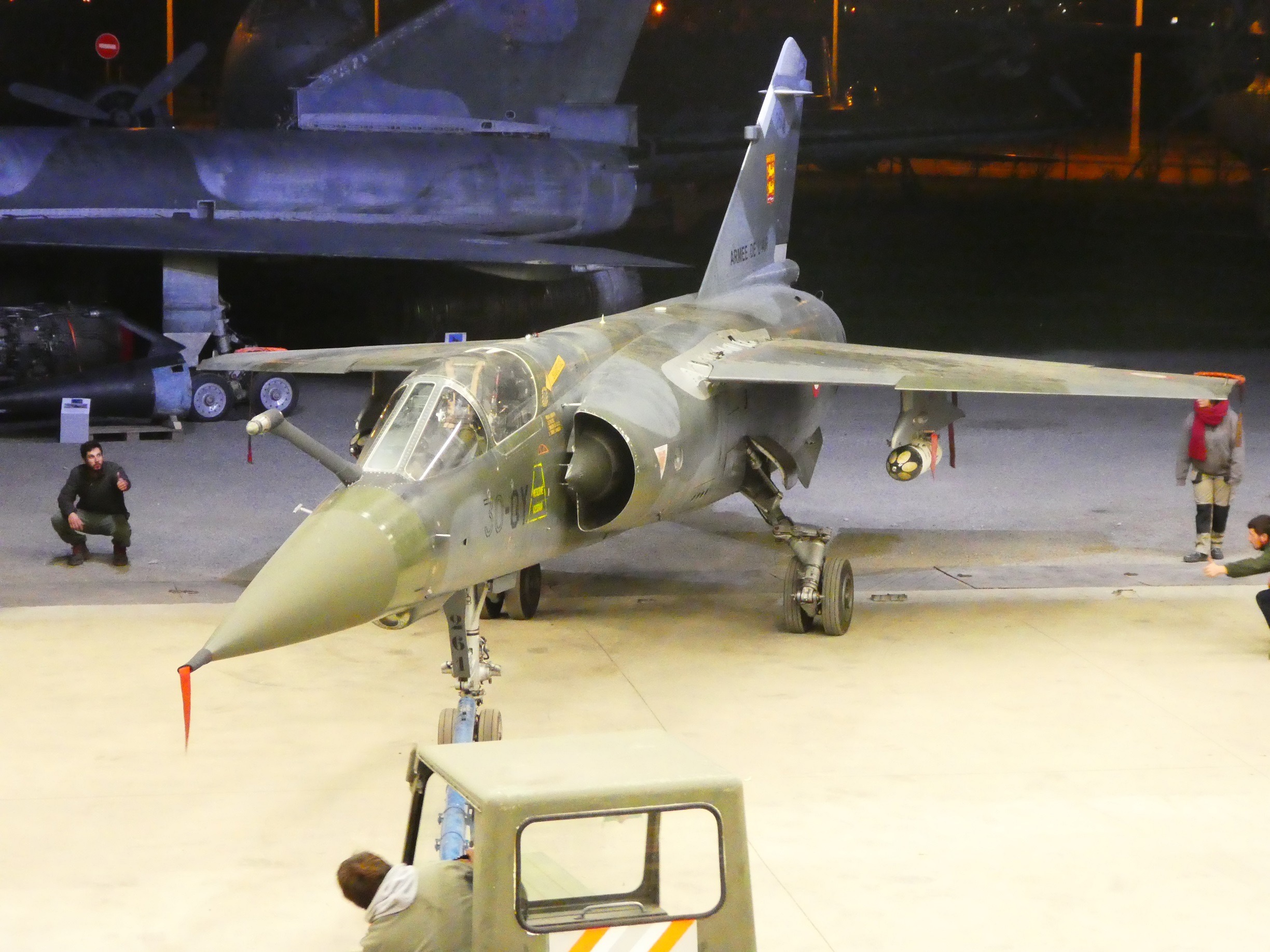 The design of the Dassault Mirage F1 is the result of a request made in 1963 by the French Air Force to have a fighter aircraft – both an interceptor and a low-level penetration aircraft. allowing the use of runways shorter than those required for Mirage III aircraft whose aerodynamic formula (delta wings) is accompanied by high take-off and landing speeds. The programme sheet also requires a greater range of action than the Mirage III in service.

The Mirage F1 designed around this application has a new configuration: wing-up in high position. It is a single-seater, single-engine. The first flight was made in December 1966 and the F1 overtook Mach 1 on the first flights. Its maximum speed at altitude is higher than Mach 2. The first version enters service at 30 Wing Chasse. We see a combat range of more than 700 km, an increased rate of climb compared to the Mirage III. In the air defence version, it carries two Matra 530 air-to-air missiles.

Several versions of the initial F1 will be used: the F1-200 is equipped with an in-flight refuelling boom, which is becoming increasingly common in the Air Force. He then teams up the 5th and 12th Squadrons. Dassault is also developing an F1-CR reconnaissance version with a set of cameras and sensors, as well as an inertia navigation system, which is part of 33 Reconnaissance Wing. Finally, as the Air Force begins to separate from its Mirage IIIE and 5F, 55 F1-200s are being modified for tactical assault. These F1-CT receive new equipment specific to their new mission: a modified electronics, a laser range finder for attack accuracy, a new radar warning sensor for their own defence, two cameras installed in place of one of the two 30mm guns. Finally, a new, higher-performance ejector seat allows high-speed and low-altitude ejection, the F1-CT’s flight domain. Its armament consisted of a 30mm cannon and external charges thanks to five attachment points (under the fuselage and under the wings: Magic air-to-air missiles and smooth, unmanned bombs ) This version entered service in 1992 and will serve until 2012 within the squadrons Alsace, Artois, Auvergne and Normandie-Niemen.

In 2017, the United States acquired around 60 Mirage F1 in France, had them restored to flight condition so that they could be used as « Red Air » during combat exercises in the service of USAF Unit training. Thus, the Mirage F1 is given a new life.

This is an F1-CT version which was therefore one of the 55 aircraft converted from the F1-200 interception version. Registration 30-QY , it bears No. 261 and served in the prestigious ‘Normandie-Niemen’. This unit, attached to 30 Wing Hunting, operated on F1-CT from 1993 to 2008, notably at the Mont-de-Marsan base. Removed from service, it was stored on the base of Châteaudun where a team of Ailes Anciennes Toulouse went to dismantle it in 2018 after it was assigned to our Association. 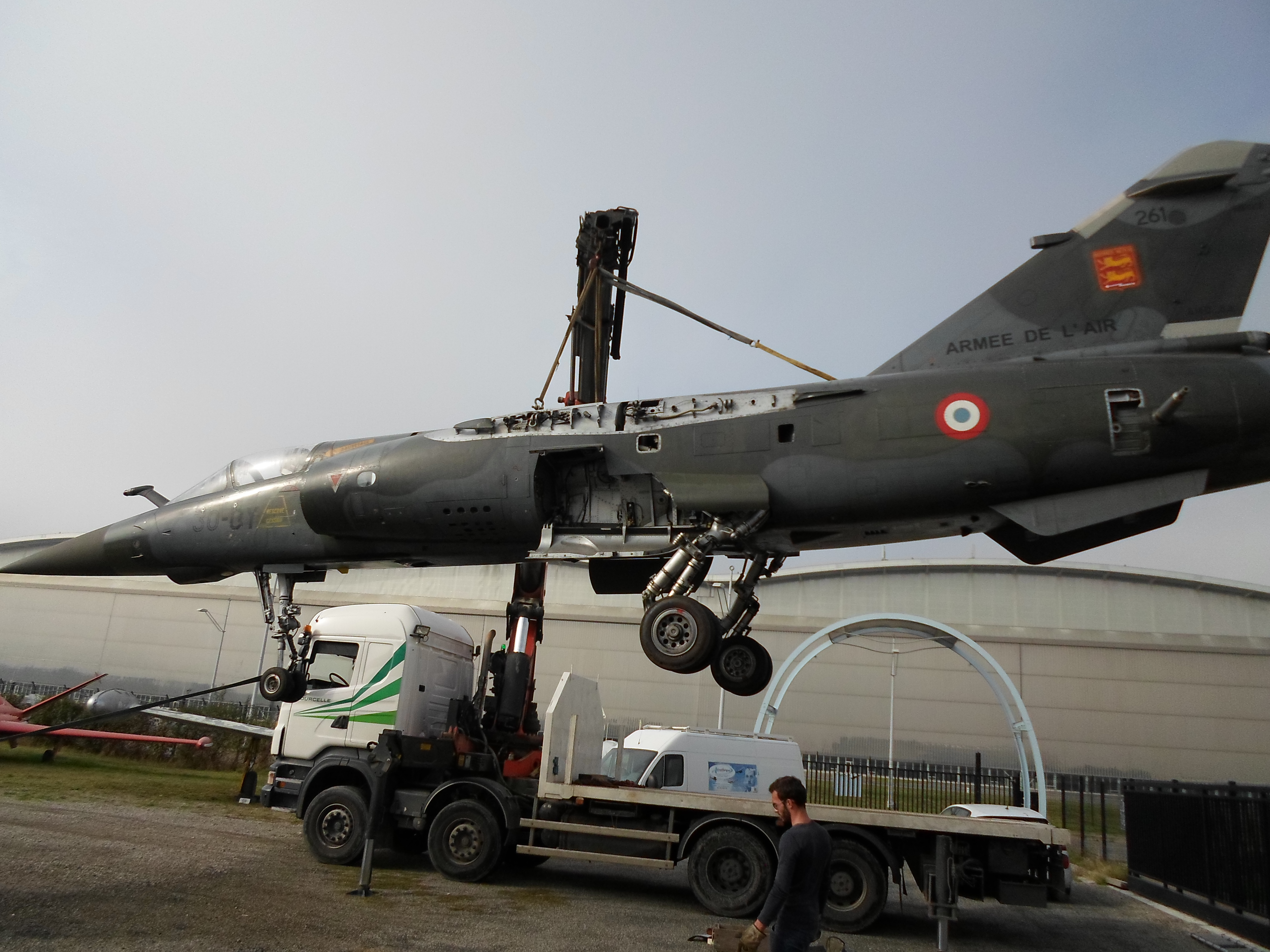 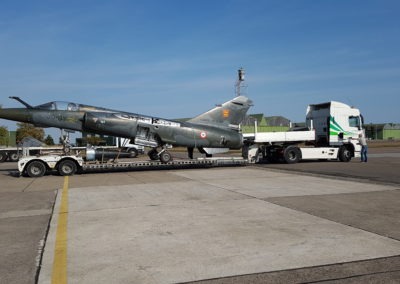 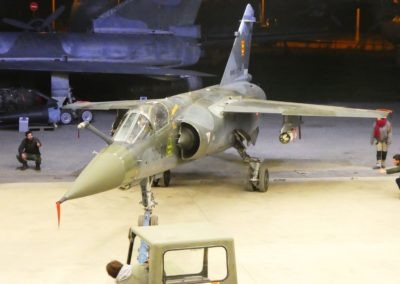 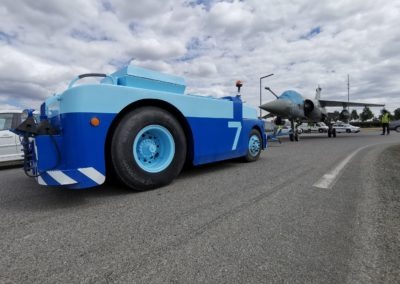 The video of the salvation