History The Broussard, fi rst fl own on the 17th of December 1952, is a true general purpose aircraft. Capable… 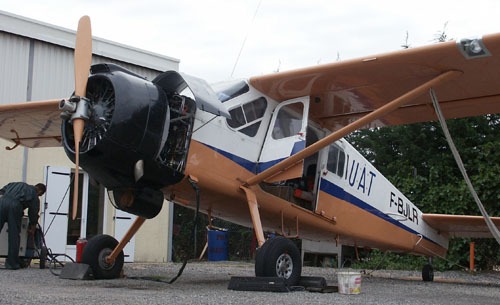 The Broussard, fi rst fl own on the 17th of December 1952, is a true general purpose aircraft. Capable of carrying up to 6 passengers, it was used in a variety of roles by the French Air Force and Army: Flying command post, liaison duties, medical evacuation, paratrooper training… its ruggedness and its capability of taking off from short, improvised landing grounds made it a very popular aircraft especially during the Algerian War, albeit its twobladed propeller also made it very noisy, warning enemy troops of its proximity and thereby limiting its value as an observation aircraft. Even the fi tting of a three-bladed propeller could not completely solve this problem.

The main user of the aircraft was the French Air Force and Army, but it was also popular among civil operators. A number of Broussards were handed over to the armed forces of former French colonies after their independence (Togo, Burkina- Faso).

Max Holste produced 356 Broussards, the last ofwhich were retired from the French Army Air Serviceonly in 1992. Nevertheless, many Broussards were used by civilian operators and flying clubs, and numerous aircraft are still in airworthy condition in France and abroad.

We recovered our aircraft in 1982 from Montauban and transported it by road to Toulouse. Completely restored to static condition in the 1990s, it is currently exhibited in the colours of an aircraft operated by the radio station “Europe 1” during Tour de France bicycle races. 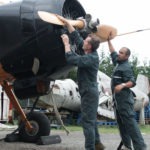 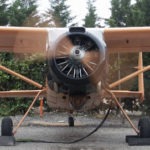 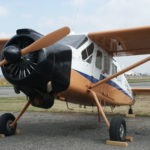 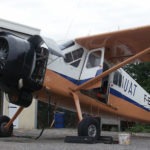 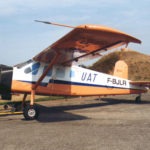 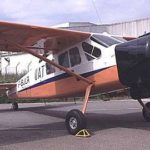 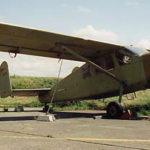