History In 1952, the US Navy realised that the jet aircraft it had in service on its aircraft carriers were… 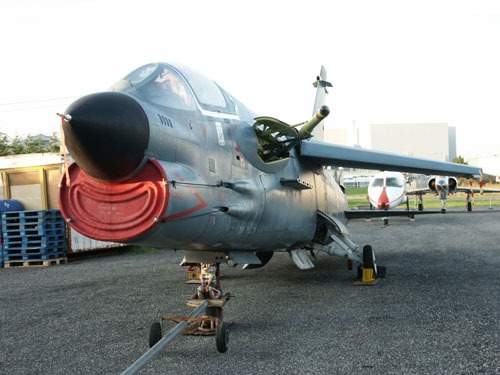 In 1952, the US Navy realised that the jet aircraft it had in service on its aircraft carriers were largely inferior to the state-of-the-art jet fighters used by the US Air Force such as the F-100 Super Sabre. It therefore launched a design contest, as the winner of which was Vought with its F-8 Crusader, the prototype of which had made its maiden flight on the 25th of March 1955 and immediately passed the sound barrier.

The F-8, 1078 of which were produced, was a huge success and gave the US Navy a first-class fighter aircraft that remained in service in the US until 1976. The French Navy, had received 42 aircraft from 1964 onwards, kept the F-8E (FN) in service on its aircraft carriers until 1999 when it was replaced by the Dassault Rafale. Having participated in many operations, e.g. in the Persian Gulf, at Mururoa or over the Libanon, the Crusader fleet totalled 26.000 carrier landings and 147.000 flight hours.

The aircraft has several interesting design features: the whole wing can be inclined upwards by several degrees for take-off and landing, while it is “retracted” during cruise fl ight. This feature greatly improves take-off and landing performance and ground vision, essential features for a carrier-based aircraft. It also has a very sturdy undercarriage for carrier operations, capable of absorbing heavy touch-downs, and big air brakes under the fuselage. All these features are necessary to reduce the landing speed as much as possible, making it easier for pilots to land on the small runway available on a carrier. The outer wings can be folded up 90° on the ground in order to reduce the size of the aircraft, facilitating handling and parking on the carriers. Please also note the fuselage-mounted air to- air refuelling system on the left side behind the cockpit.

Our Crusader is an ex French Aéronavale aircraft that arrived by road in 2002. It has been completely restored in 2006 by the Ailes Anciennes. 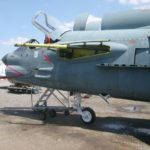 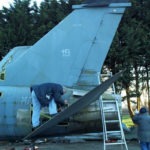 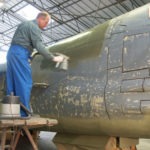 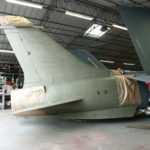 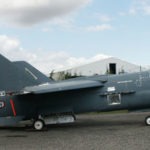 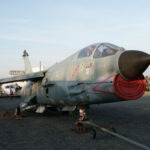 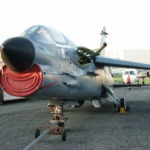 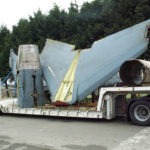 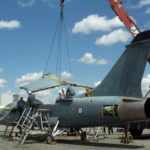 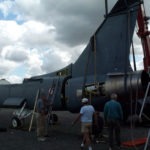 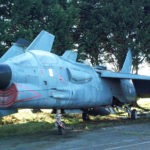 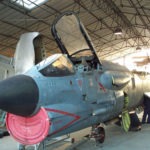 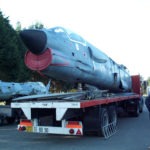 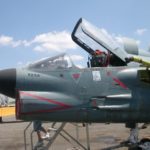 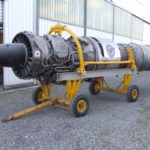