History After the Korean War, the French Air Force acknowledged its flaws and ordered a study for a fi ghter,… 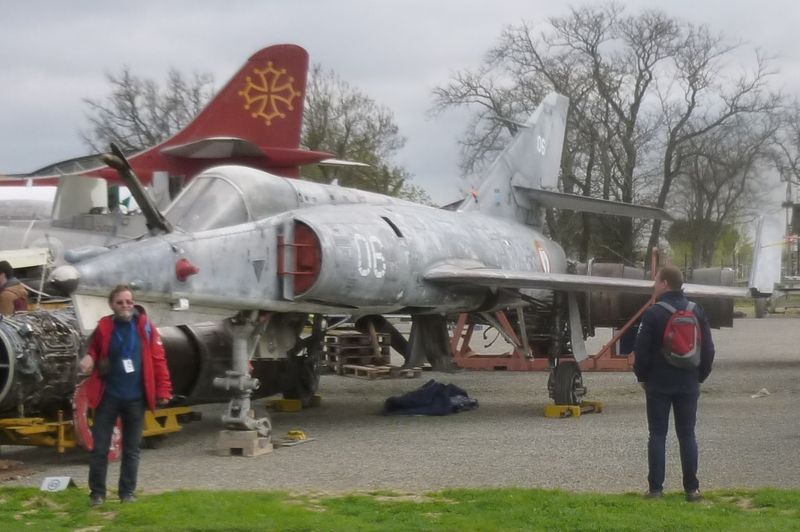 After the Korean War, the French Air Force acknowledged its flaws and ordered a study for a fi ghter, light support twin-engined aircraft. Dassault responded to this using the Mystère XXII, to be known as Étendard II. At the same time, NATO opened a call for tender for european air forces to use a fighter with similar characteristics, but using a Bristol Orpheus turbojet ; Dassault replied with the Étendard VI. In the end, the NATO contract was awarded to the Fiat G91, while the French Air Force didn’t order the insufficiently powerful Étendard II.

Meanwhile and using company funding, Dassault developed the Étendard IV, a heavier fighter powered by an ATAR 101 turbojet. Both French Navy and French Air Force gained interest into the aircraft after its maiden flight took place on July 24th, 1956. The latter first envisioned ordering 300 units, but dropped the idea in favor of the upcoming Mirage III. The former requested a naval version that became Étendard IV M. This new model consisted in a more powerful engine, an ATAR 8, reinforced fuselage and landing gear, as well as better fl ight physics, including a larger wing area to compensate for more weight.

Five pre-serial aircraft were ordered, of which the fi rst fl ew on May 21st 1958. Great performance and military payload capacity turn the Étendard IV M into an excellent assault fighter. Between 1961 and 1965, 69 Étendard IV M and 21 Étendard IV P (IV P, photo reconnaissance version, fitted 5 nose cameras) were delivered to the French Navy for deployment on Clémenceau and Foch aircraft carriers, alongside Crusader and Alizé naval aircraft. These Étendard then replaced SNCASE Aquilon and F4U-7 Corsair, and stayed operational until July 1991 ; on the other hand, the IV P version remained in service until July 2000. They were then replaced by the Super Étendard, a newer version refitted with more modern radar and engine.

The sole Étendard IV P was combat proven : in Lebanon in 1983-1984, former Yugoslavia starting from 1993 and in Kosovo in 1999. Two Étendard IV P were shot in Lebanon, yet they flew safely back. Unlike its predecessors, no Étendard IV was sold abroad.

Our aircraft, the 6th pre-serie aircraft, flew all its time with squadron 59S. Retrieved by Ailes Anciennes Armorique, it was exhibited on Vannes- Monterblanc airfield until the association was dissolved in May 2014. It then became a part of our collection and was transported to Toulouse. 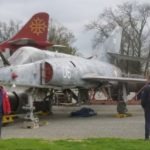 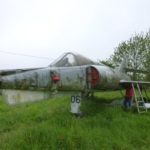 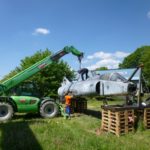 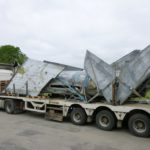