History The Deltaviex is a truly unique aircraft, with only one example build in 1953 for testing purposes. Its maiden… 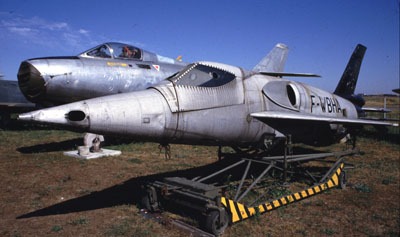 The Deltaviex is a truly unique aircraft, with only one example build in 1953 for testing purposes. Its maiden flight took place in 1954.

The aircraft served for trials with a extremely swept-back wing (70°).It was also used for trials with blown ailerons, whereby bleed air from its Marboré II engine was blown over the wing trailing edge, a system later installed for example on the F-104 Starfighter.

Furthermore, an innovative directional control system was installed, using pressurised air instead of a rudder and elevator to change direction.

It was mainly flown by French test pilot Robert Fouquet, chosen due to his small size, essential in the cramped cockpit of the minuscule aircraft. Its small size allowed testing it in the wind tunnel at Modane (Savoy) at full scale in order to precisely measure its behaviour in various flying situations.

After the end of the tests, it was sold to a car mechanic who wanted to install it on the roof of his workshop for publicity purposes.

We found it in 1984 in Modane and transported it by road to Toulouse. Given its limited size, this was a rather easy transport necessitating only a standard car trailer. 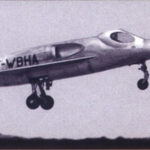 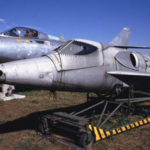