History The Cessna 310 was one of the most popular private aircraft. The fi rst prototype made its maiden fl… 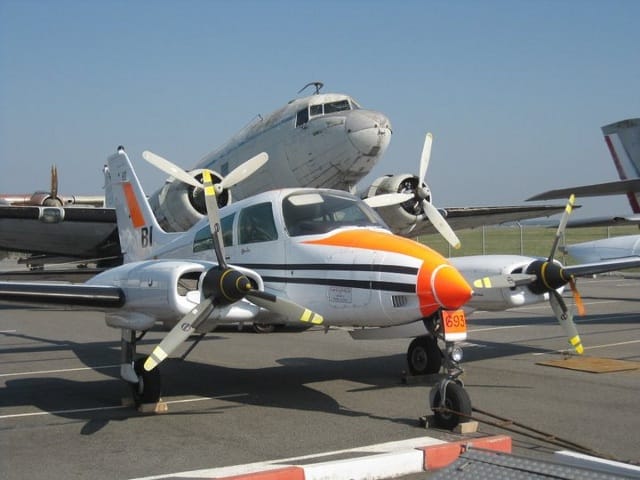 The Cessna 310 was one of the most popular private aircraft. The fi rst prototype made its maiden fl ight on the 3rd of January 1953 and was to be followed
by 6321 production aircraft, the last rolling off the production line in 1980. The six-seater was Cessna’s first twin-engined aircraft after World War Two, immediately becoming a big success.

Hundreds of Cessna 310s of various subtypes are still in service and popular as air taxis and private aircraft. Many have been modifi ed for various roles, ranging from forest fi re detection to bush aircraft. The type also saw military use as liaison aircraft.

The displayed aircraft has the serial number 310- 693 and was used by the French “Centre d’Essais en Vol” (French Flight Test Centre). It was handed
over to the Ailes Anciennes by the Direction Générale pour l’Armement (General Directorate for Armament) in 2009.

The second Cessna came, from the CEV too, in 2014. His condition is better than the first one. 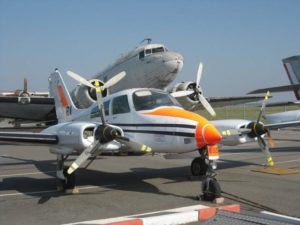 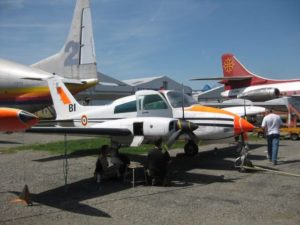 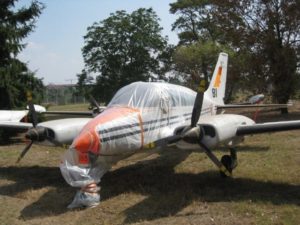 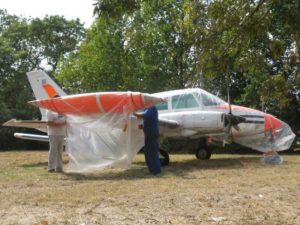