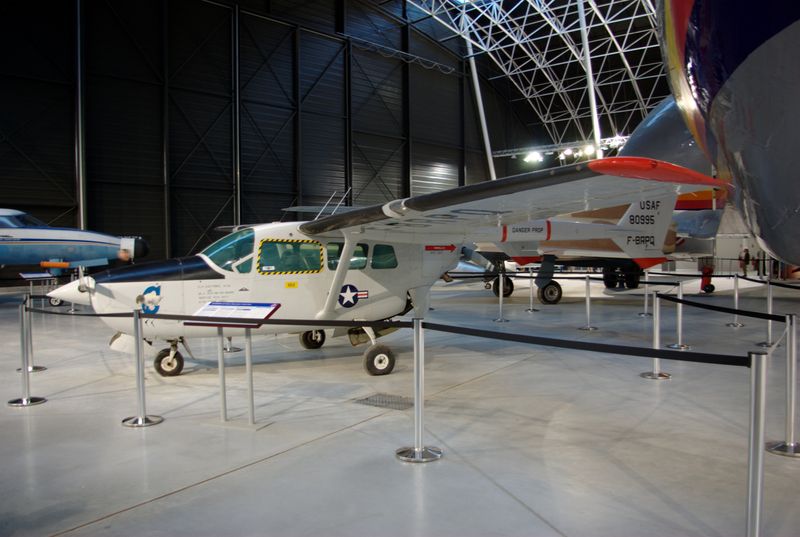 The Cessna 337 is based on the Cessna 336 Skymaster that first flew on the 28th of February, 1960. Capable of transporting 4 to 6 passengers, this unusual aircraft is powered by two Continental IO- 360-A engines of 210hp in tandem confi guration, also called «Push-Pull» as one propeller is pushing the aircraft while the second is pulling it. A total of 195 model 336s were manufactured until 1964.

Production continued in 1965 with the model 337, called Super Skymaster. This version offered several significant improvements to the original aircraft, such as a retractable undercarriage and and an air intake on the upper fuselage for the rear engine. Cessna also offered versions with superchargers (the T337) in 1966 and with a pressurised cabin (P337G) in 1973.

In the meantime, in 1967 the US Air Force ordered a total of 501 O-2As, the military designation of the type. They were used as Forward Air Control aircraft in Vietnam. Another 31 Super Skymasters, designaed O-2B were equipped with loudspeakers and equipment for leaflet-dropping to be used for psychological operations. The US Air Force lost a total of 178 of these aircraft in Vietnam. Afterwards, some 20 former O-2s were used by the California Department of Forestry and Fire Protection to support air tankers fighting forest fires.

In France, the type was licence-built by Reims Aviation. The first French-built aircraft took to the sky on the 1st of september, 1969, followed by 170 aircraft of various versions including the military FTB-337G, equipped with an IO-360-D engine of 225hp and designed for support, patrol and rescue missions.

A total of 2993 aircraft of all types were manufactured and used all around the world, including in the air forces of nearly thirty countries, amont them the USA, Iran and Portugal.

Our aircraft is a Cessna 337D, serial number 0995. Before joining our collection, it was flown by one of our members who painted it in the colours of a US Air Force O-2A surveillance aircraft. From 2009 to 2014, it served as an instructional airframe for the training of future aircraft mechanics at the Lycée Saint-Exupéry. 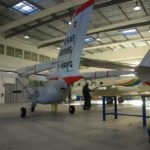 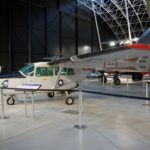 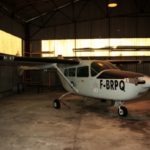 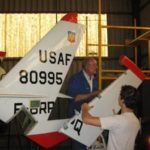 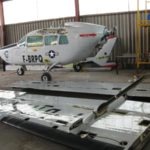 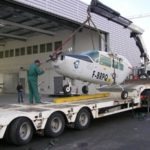 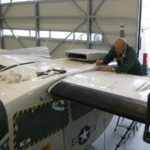