History The Gazelle is a French light utility helicopter developed in the 1960s as the replacement of the Alouette II.… 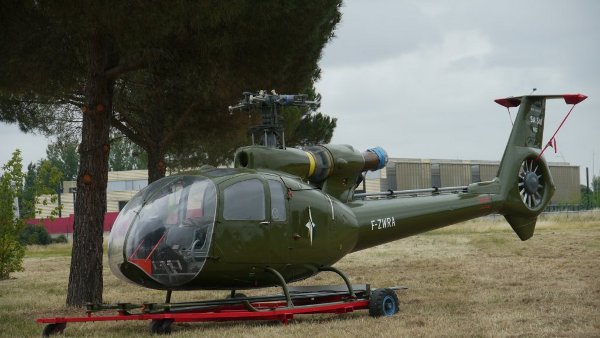 The Gazelle is a French light utility helicopter developed in the 1960s as the replacement of the Alouette II. It features an aerodynamically improved fuselage, new composite rotor developed in cooperation with Bölkow in Germany, and, most notably, a so-called “fantail” or “Fenestron” instead of a classic tail rotor. The “fantail” is integrated in the rear fuselage and offers reduced fuel consumption during cruise fl ight and considerable noise reduction.

The prototype made its maiden flight on the 7th of April 1967. After a lengthy trial period and numerous modifications, the Gazelle entered service with the French Air Force and Army Cooperation Squadrons in 1971. Meanwhile, Westland had joined Aérospatiale for the production of the helicopters, some 1500 of which were built and delivered to the air forces of 26 countries.

The Gazelle continues to be a very popular helicopter, agile and capable of flying at high speeds and much less vibration than other types. In France, the Aviation Légère de l’Armée de Terre (ALAT, French Army Light Aviation group) is using the Gazelle. In French service, the Gazelle is equipped with machine guns and antitank missiles. It is often used in military operations, such as the intervention in Mali in 2013.

The displayed helicopter is the second prototype Gazelle, serial number 340-002. It fi rst fl ew on the 12th of April 1968. After fl ight testing, it served for ground tests at the CEAT which donated it to us in 1998. When the airframe arrived, it was in a very bad condition, and nothing was known about its historic signifi cance. Our “helicopter team” started work immediately and restored it to its present display condition. 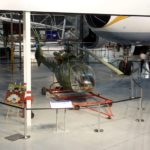 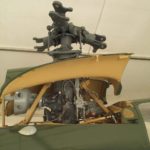 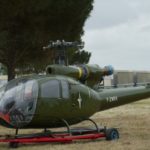 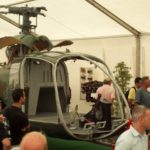 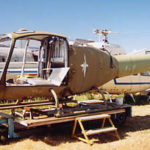