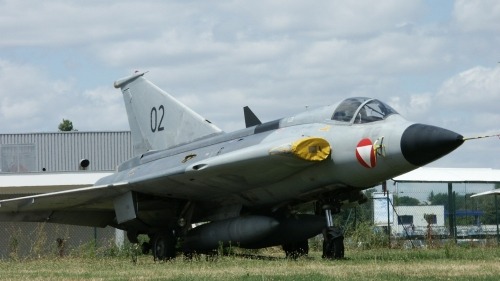 The first studies for the Saab J35 Draken (Dragon) date back to 1949 when Sweden first thought about a future replacement for its first-generation jet fighter Saab J29 Tunnan. The Draken’s first prototype made its maiden flight in 1955, and the type was introduced in service with the Royal Swedish Air Force in 1960. An improved version named J35D and equipped with improved avionics and a new engine allowing the Draken to attain Mach 2 is introduced in 1963.

When Austria, which had been a neutral country during the Cold War, looked for a new jet fighter in the early 1980s, it chose to buy used J35Ds in Sweden, a neutral country, too. After further upgrades including a self-defence system, the type entered service with the Austria air force in 1985 as J35OE (or J35Ö for Österreich/Austria).

Austria finally retired its Drakens in 2005, they have been replaced by F-5 rent to Switzerland. And then by Eurofighter.

The displayed aircraft arrived by road in 2007. It is one of three Austrian Drakens that were given away to foreign museums when the type was withdrawn from use. In the meantime, we have applied a new paint and put it in the Aeroscopia museum in january 2020 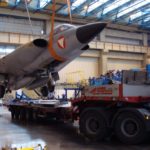 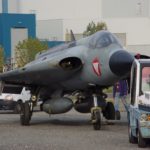 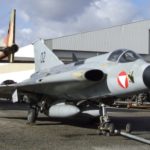 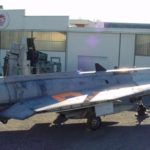 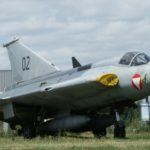 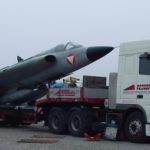